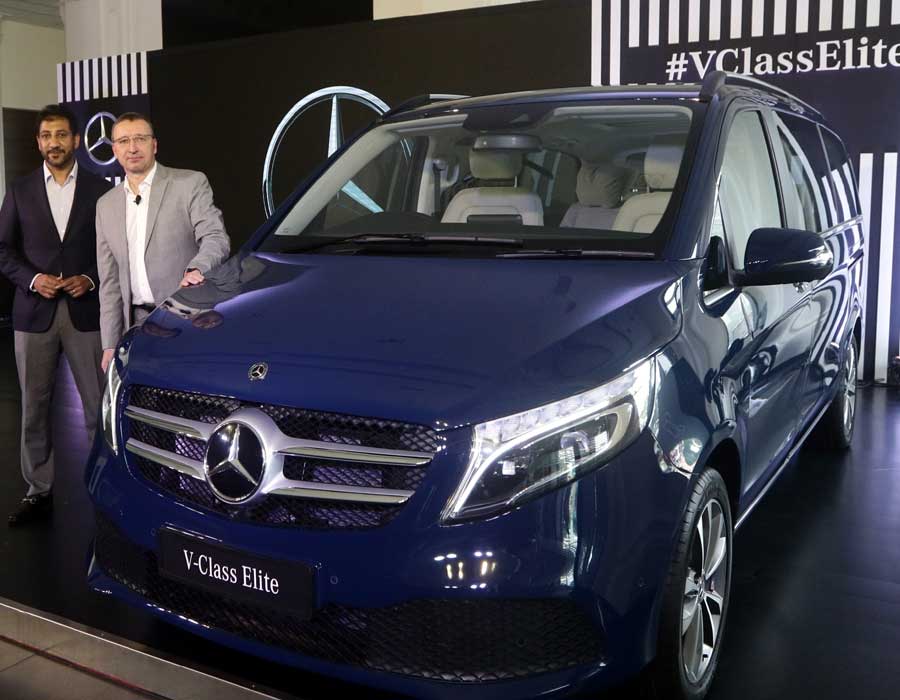 “During the festival season we delivered 800 units. This year we crossed sales of 10,000 cars early October. We sold 11,789 units during the first nine months of 2018. Last calendar year we sold 15,338 units,” Mercedes-Benz India Managing Director and CEO Martin Schwenk said after the launch.

According to him, sales during the fourth quarter of the current year will be in line with the sales logged during the corresponding period in 2018.

Schwenk also said that the purchase of BS IV emission compliant vehicles ahead of April 2020, when such vehicles would be marketed, is not expected to happen.

He said Mercedes-Benz India will stop rolling out of BS IV vehicles by the end of this year, and from January 2020 onwards the company will roll out BS VI cars.

According to him, early in 2019 the company took decisions on managing inventories, profitability of the dealers and other aspects of the business to manage the downturn.

Speaking about the company’s new offering V-Class Elite, Schwenk said the MPV is powered by a 1950cc diesel engine and has features like luxury seats with massaging function and climate control, centre console with refrigerated compartment, Burmester surround sound system with 15 speakers giving an output of 640 W and other optional features.

The Spain-made car is imported to India.

He said the company will showcase a broad range of modes at the upcoming Auto Expo to be held in Delhi.