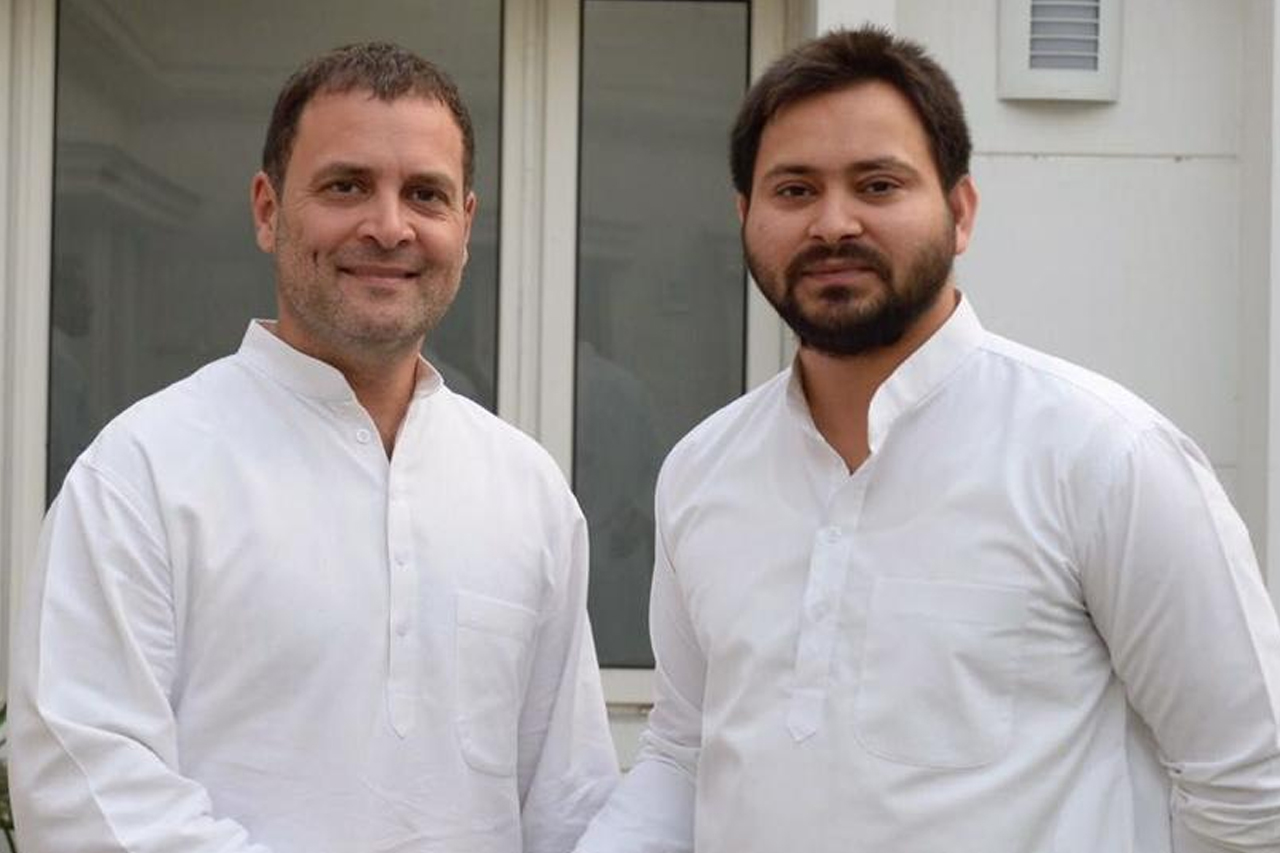 File pic of Congress president Rahul Gandhi and RJD leader Tejashwi Yadav. The grand alliance in Bihar has announced that RJD will contest from 20 seats.

The Grand Alliance on Friday announced a seat sharing pact in Bihar under which the RJD will contest 20 of the 40 Lok Sabha seats and the Congress 9 while smaller parties will be in contention in the remaining constituencies.

The announcement was made at a press conference here.

According to the agreement, the RLSP will put up candidates in 5 seats, HAM and VIP in 3 each and the RJD will give one seat out of its quota to the Communist Party of India-Marxist Leninist (CPI-ML).

No seats were given to the CPI and CPI-M, making it clear that former Jawaharlal Nehru University Students Union President Kanhaiya Kumar, who is contesting from Begusarai, will not be supported by the Grand Alliance.

The four constituencies going to polls in the first phase will see the HAM contesting on Gaya and Aurangabad, the RJD on Nawada and the RLSP on Jamui, RJD state President Ramchandra Purbe told the media.

The RJD has fielded Vibha Devi from Nawada and the RLSP Bhudeo Choudhary from Jamui.

In 2014, the Bharatiya Janata Party-led NDA won 31 seats, out of which the BJP alone bagged 22. The JD-U contested alone then and won only Purnea and Nawada seats.

The RJD won 4 seats, the Congress 2 and the Nationalist Congress Party (NCP) 1. But NCP’s Tariq Anwar has rejoined the Congress.