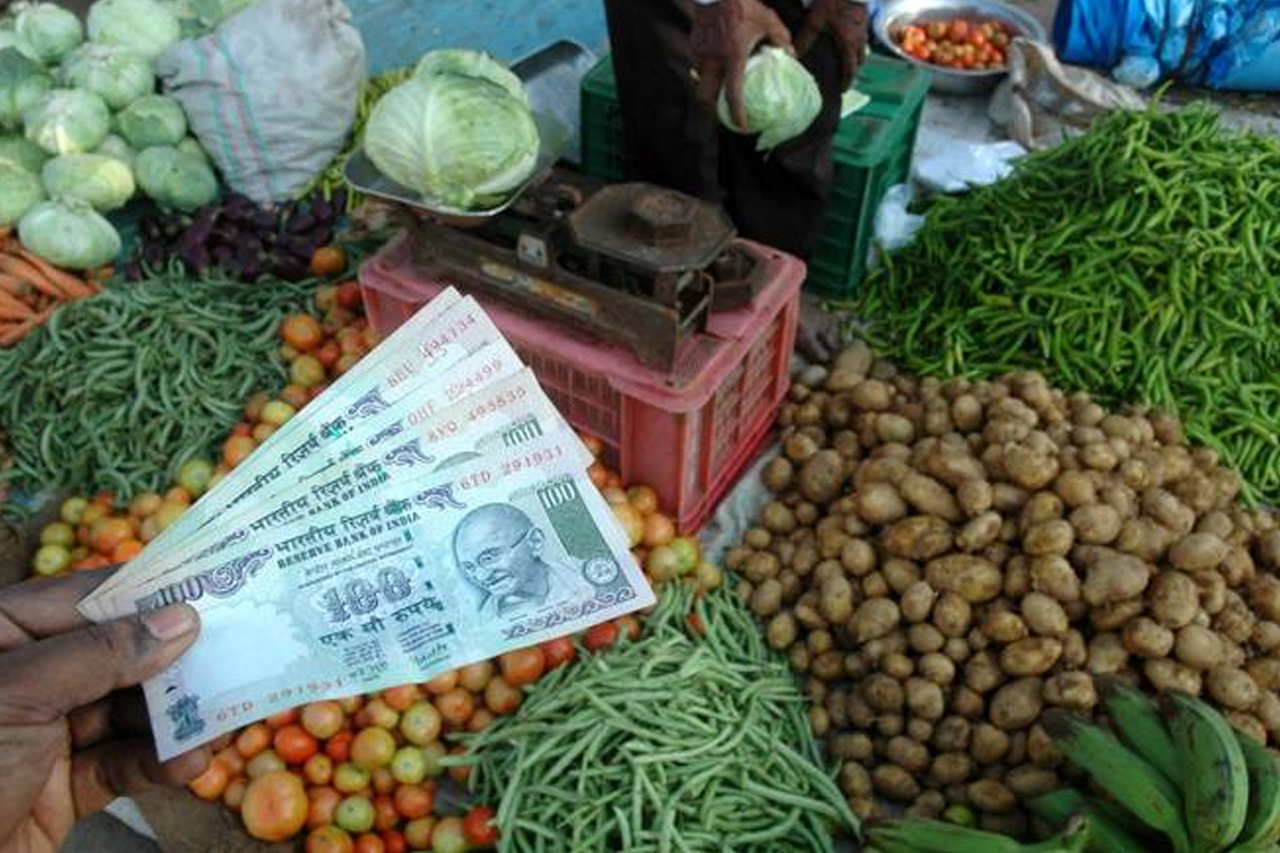 The CPI in February at 2.57% was higher than January's retail inflation rate of 1.97%. Representational pic

Higher food prices accelerated India’s annual rate of inflation based on wholesale prices, to 2.93 per cent in February from 2.74 per cent for the corresponding month in 2018, official data showed on Thursday.

Even on a sequential basis, the Wholesale Price Index (WPI) data for February, furnished by the Ministry of Commerce and Industry, showed that wholesale prices rose faster as compared to the 2.76 per cent growth reported for January 2019.

“Build-up inflation rate in the financial year so far was 2.75 per cent compared to a build-up rate of 2.56 per cent in the corresponding period of the previous year.”

On a year-on-year basis, the expenses on primary articles, which constitute 22.62 per cent of the WPI’s total weightage, rose to 4.84 per cent from 0.79 per cent.

The prices of food products increased at a faster rate. The category has a weightage of 15.26 per cent in the WPI index. It increased to 4.28 per cent from an increase of 0.95 per cent.

The overall vegetable prices in February rose 6.82 per cent, against a rise of 15.26 per cent in the year-ago month.

The expenses on manufactured products registered a rise of 2.25 per cent from 3.31 per cent.

“Like retail inflation, the trajectory of even wholesale inflation reversed in the month of February 2019 and came in at 2.93 per cent, higher than previous month. Though fuel and manufacturing inflation continues to be moderate, the main thrust came from higher food inflation, which jumped to 4.3 per cent in February 2019 as compared to 2.3 per cent in January 2019,” said Sunil Kumar Sinha, Principal Economist, India Ratings and Research (Fitch Group).

“With overall inflation still in the comfort zone and GDP growth momentum waning, Ind-Ra believes the RBI may go for a rate cut in its first bi-monthly monetary policy statement of 2019-20.”