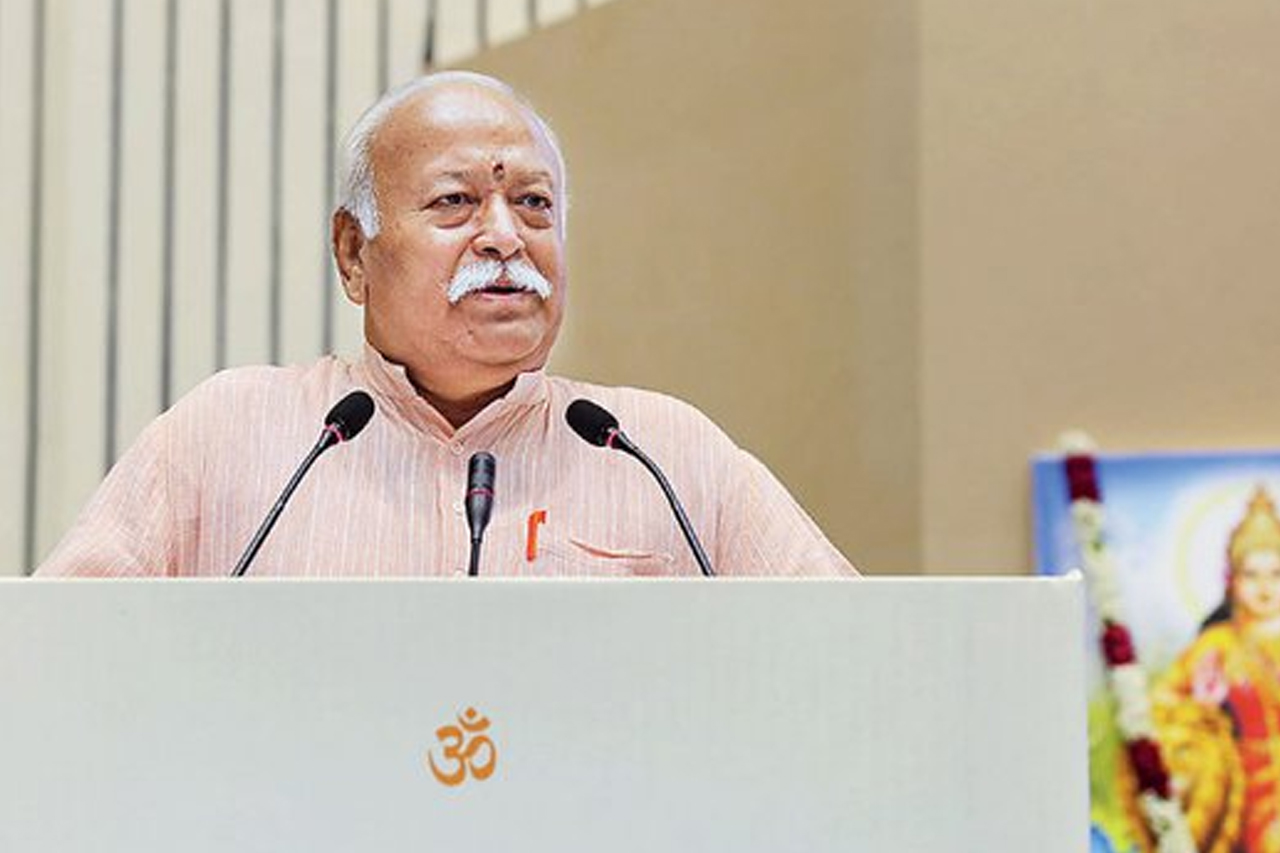 While the RSS is an inseparable part of the BJP’s larger poll machinery, there is a marked change in the narrative this time compared to 2014.

Unlike 2014 when the RSS ran a parallel campaign to ensure that the BJP gets a historic mandate, there is a prevailing sense this time that Prime Minister Narendra Modi and Amit Shah are extremely capable of pulling it off themselves.

The RSS overdrive in 2014 came as it was considered to be a watershed election at par with 1977 — when Janata Alliance was able to displace the Congress for the first time — in terms of its political significance.

New Delhi’s political circles are already abuzz with talks that the RSS backs Union Minister Nitin Gadkari for the top job if the BJP falls short of numbers.

Despite a changed narrative this time, the BJP gets the benefit of the vast RSS network across the country. This machinery will come handy again.

We take a look into the extent of the reach of the RSS, how the organization is structured to touch every voter and the issues that will play a major role.

The RSS has a slightly different way of looking at the country as an organizational unit. It has a flexible structure spreading into geographical areas comprising Prants or Kshetras (states and regions) and Mandals or Nagar (areas and cities).

In RSS scheme of things, India is divided into 11 Kshetras (regions).

North: It is the nerve centre of RSS activities as it includes Delhi, Haryana, Punjab, Himachal Pradesh and Jammu and Kashmir.

A vast network of RSS frontal organizations work under this broad geographical structure.

The SC judgment did not take consideration of all relevant entities and customs and the different opinion of the lone woman member of the bench. It was not binding on the state government to implement the decision in any stipulated time-frame but without understanding the nuances of the judgment, the state government has shown undue haste and political ill-will towards Hindu society by facilitating forcible entry of non-Hindu and non-devotee women in the temple.

On national security and Pulwama attack

The external forces with the help of anti-national elements are giving shape to violent incidents. The attacks on the camps of army and defence forces, intrusive attacks in the border areas by Pakistan army, the recent Pulwama attack are very tragic. Nobody should take our tolerance as sign of our weakness.

The SC has taken a surprising stand instead of accelerating the judicial process to end the long drawn dispute. That the SC should find no priority for this sensitive subject associated with deep faith of Hindu society is beyond understanding. We are experiencing that Hindus are constantly being neglected. While having full respect in the judicial system we would like to say emphatically that judgment on the dispute must expedite and remove obstacles in constructing a grand temple.

All the RSS men

Rashtriya Swayamsewak Sangh (RSS) insists that it provides only “suggestions” rather than “directives’ to the Bharatiya Janata Party (BJP). But all the RSS functionary are the eyes, ears and mind of the government as they work among the masses.

From giving feedback on selection of candidates from a constituency to reaching out to every doorstep, RSS takes the lead in mobilizing support for the BJP.

The key RSS functionaries who will play a major role behind the scenes during the Lok Sabha polls:

Suresh Bhaiyyaji Joshi: The RSS No. 2 handles RSS-BJP coordination. As the operational and executive head of the RSS, Joshi has been instrumental in increasing the number of regular shakhas. He recently said that the society does not run on the basis of Constitution alone as traditions and faith have their own place.

Dattatreya Hosabale: A Sah-Sarakaryavaah (Joint General Secretary), he has been assisting Joshi on organizational issues and played a key role in Uttar Pradesh assembly elections having positioned himself in Lucknow working closely with BJP leaders.

Dr. Krishna Gopal: A Joint General Secretary of the RSS, Krishna Gopal is a key figure in handling the issues between the Sangh and BJP for the 2019 Lok Sabha polls. He is playing the same role which was performed by Suresh Soni in 2014 Lok Sabha elections as the pointsman between the BJP and RSS. From candidate selection to election management, he is the crucial link.

V. Bhagaiah: A joint General Secretary, Bhagaiah is OBC face. He is managing Sangh’s expansion plan in in southern states of Andhra Pradesh, Karnataka and Telangan. An eloquent speaker, Bhagaiah can converse fluently in Telugu, Hindi and English and always conveys his message powerfully. An ever smiling personality, his slim, healthy body and demeanor defies his age.

Arun Kumar: He is the head of communication department of RSS (Akhil Bharatiya Prachar Pramukh). Tall and well-built, Arun Kumar interacts with national media and puts forth the RSS point of view. He has worked for many years in Jammu and Kashmir. Arun Kumar has played in role expanding the RSS organization in the troubled state.