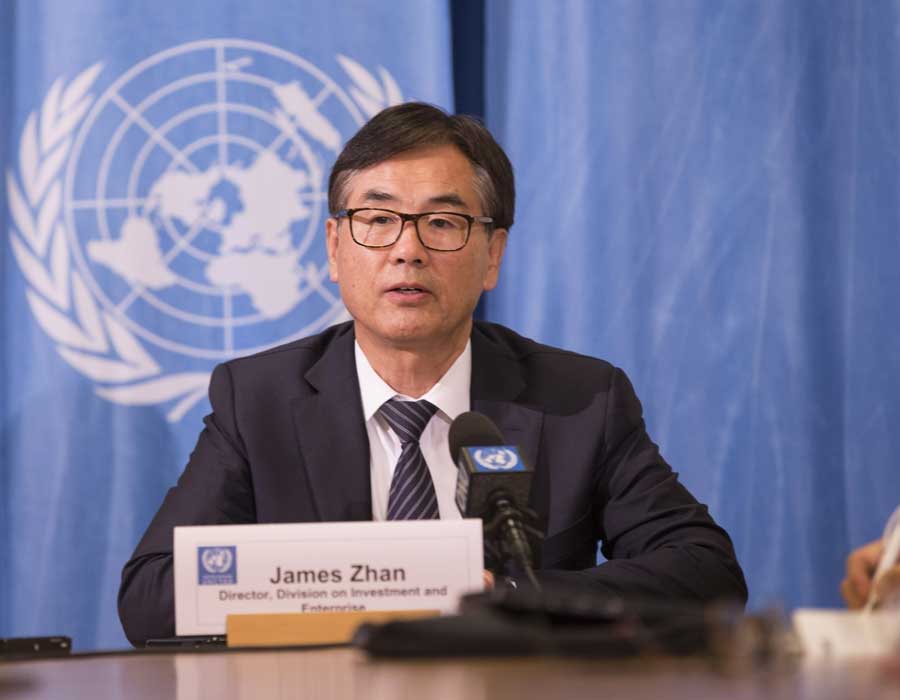 Foreign Direct Investment (FDI) in India grew by 6 per cent to $42 billion last year, according to the UN Conference on Trade and Development (UNCTAD).

UNCTAD’s Director of Investment and Enterprise James Zhan said the growth was because Prime Minister Narendra Modi’s office and agency for it are “very dynamic in promoting investment”.

Speaking to reporters by video conference from Geneva, Zhan said that the offices were making efforts to attract a wide range of investment and “have been very effective; investment in India has been at a very high level, over $40 billion annually”.

They have reached beyond the traditional multi-national companies and are “targeting some wealth funds and pension funds for investing in the infrastructure in India”, he explained.

Zhan, who led the report team, said that an impetus for FDIs came from the new development of India abolishing approval procedures for foreign companies in areas like defence, telecommunications, and private security that want “to open branch offices under certain conditions in the country”.

The report said that the FDI during 2017 was $40 billion and some of the growth was driven by mergers and acquisitions (M&A).

“The growth in cross-border M&As from $23 billion in 2017 to $33 billion in 2018 was primarily due to transactions in retail trade ($16 billion), which includes e-commerce, and telecommunication ($13 billion).

“Notable megadeals included the acquisition of Flipkart, India’s biggest e-commerce platform, by Walmart (the US). In addition, telecommunication deals involving Vodafone (the UK) and American Tower (the US) amounted to $2 billion,” it said.

Looking ahead, the UNCTAD said: “Announced greenfield investment in the country doubled to $56 billion in 2018, with projects in a number of manufacturing industries, including automotive.”

The report said that there were 373 Special Economic Zones (SEZ) in India, of which 142 were still under development and 61 more were planned.

Of the 231 SEZs in operation, 60 per cent of specialised in Information communications Technology (ICT)-related manufacturing and services, according to the report.

“India is now taking a more cautious approach to SEZ development, having eliminated incentives for developers in 2016 and currently phasing out direct tax benefits for tenants by 2020,” it said.

While India has over 200 new zones in the pipeline, the report said that “growth may lose momentum now that permits for a substantial number of zones have been retracted”.

While globally the FDI flows fell by 13 per cent to $1.3 trillion last year, they increased by 2 per cent for developing countries as the developed countries took the hit.

The US was the world’s top recipient of FDI with $252 billion and was followed by China, which got $139 billion in FDI.

Asked about effects of the tariff war, Zhan said that “escalation of trade tensions have triggered a kind of investment diversion”.

“Multi-national companies trying to restructure their global value chains in East Asia and trying to establish new investment facilities for export-oriented production in South and Southeast Asia, such as India and Bangladesh in South Asia and Vietnam, Indonesia, Thailand, Singapore in Southeast Asia,” he said.

But some of the countries are finding it difficult to absorb the FDI because of the rising cost of labour and land, while also facing shortages of skilled workers and energy, he added.

Meanwhile, Zhan said: “We do not see massive closure, divestment from China as multi-national companies still maintain their operation in China to provide goods and services for the Chinese market, which remains very large.”