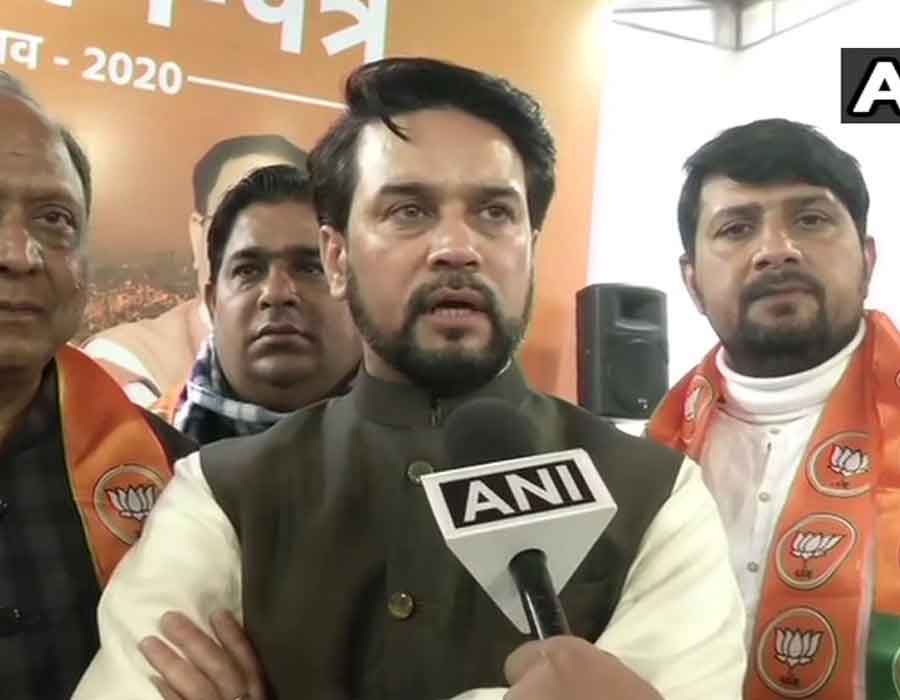 The government on Monday told the Parliament that the Indian economy is not in recession, quoting IMF projections saying India continues to be among the world”s fastest-growing economies and its GDP is estimated to grow at 5.8 per cent in 2020-21 and it ill surpass China with a growth rate of 6.5 per cent in 2021-22.

“The economy is not in recession. As per the National Statistical Office (NSO), GDP growth, on average, was 7.5 per cent in 2014-19, which is the highest amongst G20 countries. As per the IMF estimates, India continues to be among the fastest growing economies in the world and its GDP is estimated to grow at 5.8 per cent in 2020-21 and is further projected to surpass China with a growth rate of 6.5 per cent in 2021-22,” Minister of State for Finance Anurag Thakur told the Lok Sabha in a written reply.

Read Also | Budget 2020: All tax exemptions will have to go eventually, says FM

“Government has been undertaking continuous measures for improving the overall investment climate and boosting the economic growth rate of the economy. Introduction of Insolvency and Bankruptcy Code (IBC) in 2016 is a significant step towards cleaning and strengthening the financial system of the country. Implementation of Goods and Services Tax in 2017 stands out as the most important measure for improving ease of doing business in the country. This is reflected in the World Bank”s Ease of Doing Business 2020 Report which improves India”s ranking by 14 positions from 77 in 2018 to 63 in 2019,” he said.

“Make in India programme is a major initiative towards increasing the indigenous capacity of the country to produce world class goods and services. Continuous liberalisation has resulted in record and unprecedented inflows of foreign direct investment into the country. All along, the government has kept inflation under control, fiscal spending disciplined and current account deficit manageable to ensure macroeconomic stability so necessary to sustaining a healthy investment climate in the country.

“More recently, the government has cut corporate tax rate from 30 percent to 22 percent to boost investment activity in the country. In particular, the corporate tax rate has been cut to 15 percent for new domestic manufacturing companies which is amongst the lowest in the world. This complements a cut in the repo rate by 135 basis points during 2019 by the Reserve Bank of India and mandating of banks to link their lending rates with external benchmarks for reducing the cost of capital for investors,” he added.