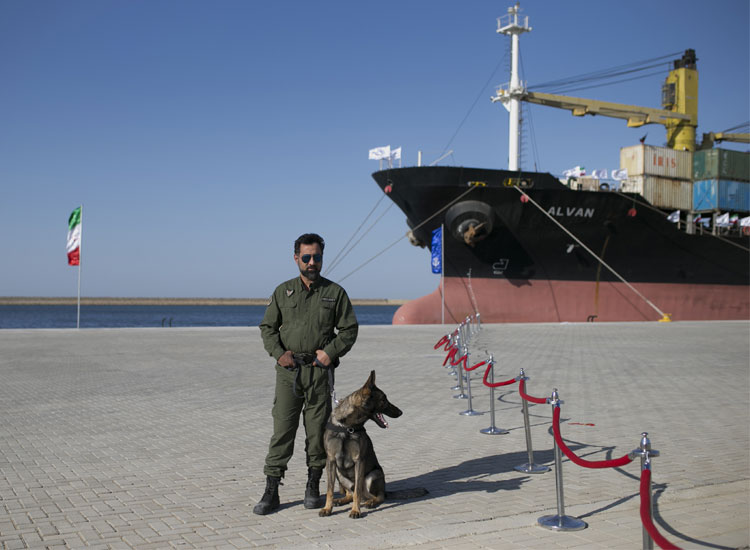 New Delhi: Indian firm India Ports Global Limited on Monday took over the operations of the Shaheed Behesti Port at Chabahar on the southeastern coast of Iran, being jointly developed by India, Iran and Afghanistan.

The company opened its office following the first meeting of the follow-up committee for implementation of the trilateral Chabahar Agreement between India, Afghanistan and Iran at the level of Joint Secretary/ Director General, said a statement issued by the External Affairs Ministry.

“Positive and constructive discussions were held between the three sides on full operationalisation of the Trilateral Transit Agreement for international transit and transport through the Chabahar port,” the statement said.

“They agreed on the routes for the trade and transit corridors between the three countries,” it said.

“It was agreed to finalise at the earliest the protocol to harmonise transit, roads, customs, and consular matters.

“It was agreed to allow cargo movement at Chabahar using TIR Convention provisions.”

The Convention on International Transport of Goods Under Cover of TIR Carnets (TIR Convention) is a multilateral treaty aimed at simplifying and harmonising the administrative formalities of international road transport.

According to the ministry statement, during Monday’s meeting, it was decided to hold an event to promote and popularise the potential of Chabahar on February 26, 2019.

“Also, a study would be initiated for determining measures to make the route attractive, decrease logistic costs and pave the way for smooth operationalisation of the Chabahar Agreement,” it stated.

India is investing $500 million to develop the Chabahar port and a road link from there to Afghanistan to give access to that country, bypassing Pakistan.

Last month, the US waived India from its fresh sanctions on Iran’s oil imports and development of the crucial Chabahar port.

Despite President Donald Trump’s animosity towards Iran, the US had to give the exemption to Chabahar to enable Indian assistance to reach Afghanistan, where Washington is mired in a 17-year war against the Taliban, the Al Qaeda and their allies.

Without access to Chabahar, Afghanistan would be forced to depend solely on Pakistan for a sea passage.

The US has pulled out of the Joint Comprehensive Plan of Action (JCPOA) that Tehran had signed with the five permanent members (P5) of the UN Security Council, Germany and the European Union and imposed the new sanctions on Iran over its alleged nuclear programme.