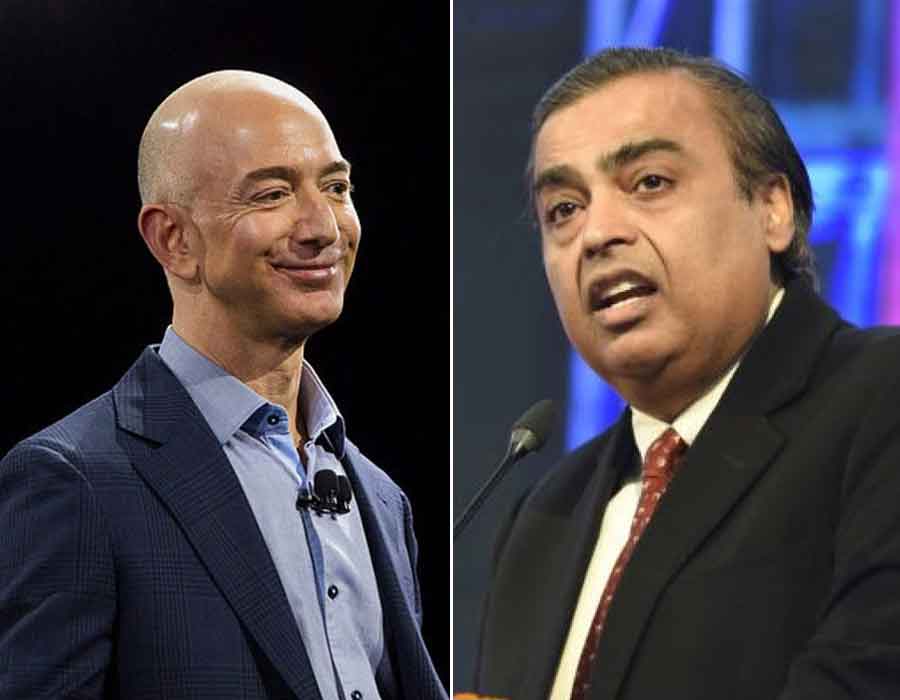 In COVID-19 times, Amazon Founder and CEO Jeff Bezos has maintained his top slot as worlds richest man with a net worth of $113 billion, followed by Bill Gates at $98 billion, according to the latest Forbes 34th annual worlds billionaires list.

Bernard Arnault, Chairman and CEO of luxury magnate LVMH (LVMHF), moved up the list as the third-wealthiest person with $76 billion fortune. At $67.5 billion, Warren Buffett’s fortune landed at fourth place.

“A notable newcomer to the list is Bezos’ ex-wife, MacKenzie Bezos, who lands at No 22 on the list with a total net worth of $36 billion,” said Forbes.

Reliance Industries’ Chairman Mukesh Ambani has been ranked 17th in the list by Forbes with a net worth of $44.3 billion – once again leading the tally from India’s perspective.

The next Indian on the 34th annual list — veteran Mumbai investor Radhakishan Damani who is touted as India’s retail king after the March 2017 IPO of his supermarket chain DMart – is at a distant 65th position with a net worth of $16.6 billion.

Damani got into retailing in 2002 with one store in suburban Mumbai and has been unstoppable since. His property portfolio includes the 156-room Radisson Blu Resort in Alibag and a popular beach-front getaway close to Mumbai, according to the report.

At 114th position, HCL Technologies Founder Shiv Nadar is worth $12.4 billion. One of India’s leading philanthropists, Nadar has donated $662 million to his Shiv Nadar Foundation.

While Hinduja brothers are at 116th position with $12.2 billion net worth. Srichand and Gopichand live in London and Prakash resides in Monaco while the youngest sibling Ashok oversees their Indian interests from Mumbai.

At 138th position, Uday Kotak is worth $10.7 billion. His Kotak Mahindra Bank is now among India’s top four banks in the private sector, boosted by its 2014 acquisition of ING Bank’s Indian operations.

In January this year, the bank reached an agreement with the Reserve Bank of India over the issue of reducing Kotak’s stake in the bank to 26 per cent.