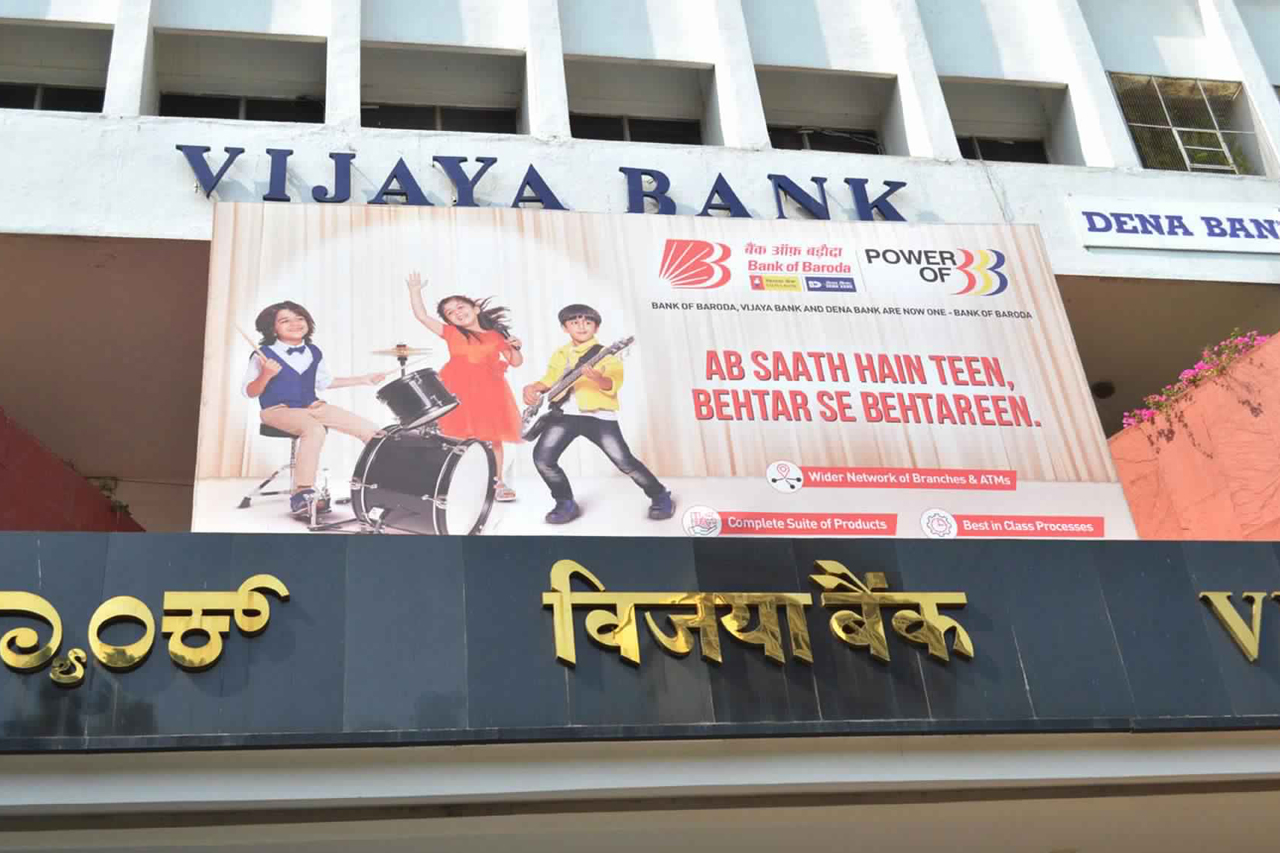 As the parent bank post-merger, the public sector Bank of Baroda (BoB) on Monday assured employees of Vijaya Bank, which was also state-run, of job protection and security.

“Interests of all Vijaya Bank employees will be protected and their jobs will be secure,” a BoB official told IANS here after the three merged entities, including Dena Bank began to function as Bank of Baroda from Monday.

The 88-year-old, Bengaluru-headquartered Vijaya Bank has about 16,000 employees working in 2,050 branches, 15 extension counters and about 2,500 ATMS across the country.

The employees of the amalgamated bank will benefit from diverse opportunities provided by a larger bank with expanded size and scale, the official said, adding that the employees will also have greater professional exposure and prospects.

“The service conditions of the employees will not be impacted and their interests will be protected. The best of HR practices of each bank will be adopted.”

The merger will also benefit Vijaya Bank’s customers with wider reach and diverse bouquet of products and services, said the official.

The bank’s head office in a high-rise iconic building at Trinity Circle on upscale M.G. Road here has been a landmark over the last 50 years.

As per the Reserve Bank of India notification, all branches of Vijaya Bank and Dena Bank across the country will function as branches of BoB and their customers, including depositors, will become BoB customers.

“The merged entity will build upon the strengths of the three banks, their synergies and scale of operations with a wider customer base,” BoB said in a statement.

The complementary branch presence will add to the network in western and southern states of Maharashtra, Gujarat, Kerala, Tamil Nadu, Karnataka and Andhra Pradesh.

“The merged bank will have 22 per cent market share in Gujarat and 8-10 per cent share in key states of Maharashtra, Karnataka, Rajasthan and Uttar Pradesh,” it said.