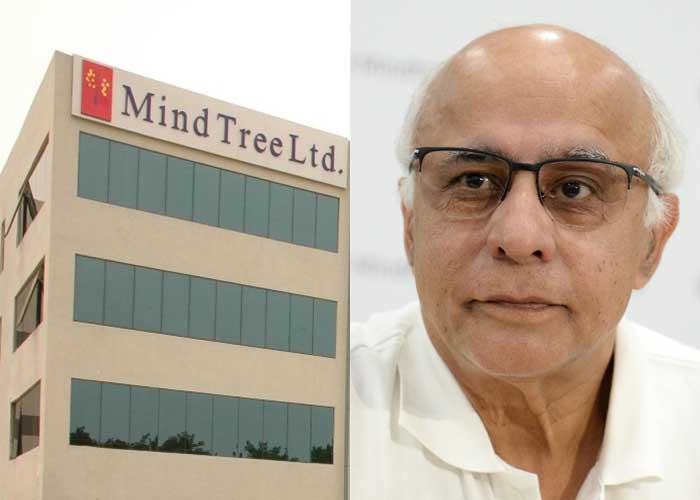 Amidst a takeover bid, IT services firm Mindtree’s founder and former CEO, Subroto Bagchi, has revealed that he along with other promoters — Krishnakumar Natarajan, Rostow Ravanan and Parthasarathy N.S. — were “offered huge bags of money to give Mindtree away”.

In a letter to employees, Bagchi said: “KK, Rostow, Partha and I were offered huge bags of money to give Mindtree away. We have respectfully said “no” to their overtures.”

“Our polite refusal has been interpreted as foolish idealism of a bunch of lower middle-class folks. That, we are.”

Bagchi informed the employees that he had quit from his current position as the Chairman of Odisha Skill Development Authority and has rejoined Mindtree.

“I cannot stay miles away, ensconced in another world to live the nightmare that the builders have arrived with the excavators, bulldozers, chainsaws, cranes and the impeccably drawn up blueprint to raze Mindtree.

“I have with great pain, resigned my official position as Chairman of Odisha Skill Development Authority. I want to be on the spot with you because I will not be able to explain to my Creator as to why his gardener wasn’t there when the Tree was sought to be destroyed,” he said.

The letter comes in the backdrop of diversified conglomerate Larsen and Toubro’s (L&T) bid to take it over.

L&T, on Monday, bought a 20.4 per cent stake in Mindtree from Cafe Coffee Day founder V.G. Siddhartha for about Rs 3,300 crore, in a bid to acquire the firm.

The company had said it would also buy additional stake in Mindtree through an open offer.

In his emotion-filled letter Bagchi appealed to his employees to keep their “eyes on the screen, fingers on the keyboard and our customers on your mind” and to set aside all emotions away from the hostile takeover bid by L&T.

He condemned L&T, yet again, by saying that ,”..as we have remained focused on the institution building process, we have also drawn attention from people who really don’t care about all this. Suddenly, Mindtree has become an “attractive asset” that they must have.”

“KK, Rostow, Partha and I will be the first line of defence on behalf of all Mindtree. I will be meeting each one of you at every Mindtree location in the coming days to answer any question you may have. Meanwhile, stay the course. Remember, you hold the Tree”,” he added.

Bagchi also said the polite refusal by the promoters “has been interpreted as foolish idealism of a bunch of lower middle-class folks”.

He informed the employees that he has re-joined Mindtree on March 19, 2019.

Bagchi said he went to serve the Odisha government three years ago to work with school dropouts in the stae “to create employable skill for those at the bottom of the pyramid”.

Refusing to accept L&T takeover of Mindtree as hostile, L&T Managing Director and Chief Executive Officer S.N. Subrahmanyan earlier said it was an “act of love and with all the heart”.