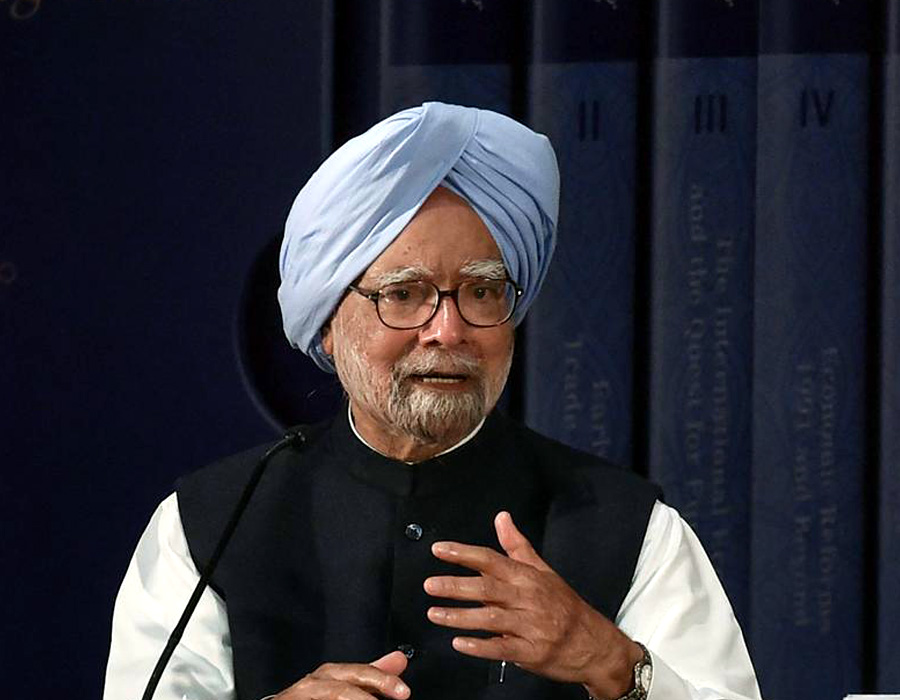 Lashing out at the government for its lack of focus, former Prime Minister Manmohan Singh on Wednesday termed the Centre’s hopes of turning India into a $5 trillion economy by 2024-25 as “wishful thinking”.

“Today the government does not want to acknowledge the word slowdown. This is not a good sign,” he said after releasing “Backstage – The Story Behind India’s High Growth Years” by former Planning Commission Deputy Chairman Montek Singh Ahluwalia.

“In such a scenario, raising India to become a $5 trillion economy by 2024-25 is wishful thinking”, he said.

Pathways can emerge only through solid dialogue and discussions on the challenges of taking the country forward, he added.

At the same time, he expressed the hope that there will be a debate for carrying forward the economic reforms innitiated.