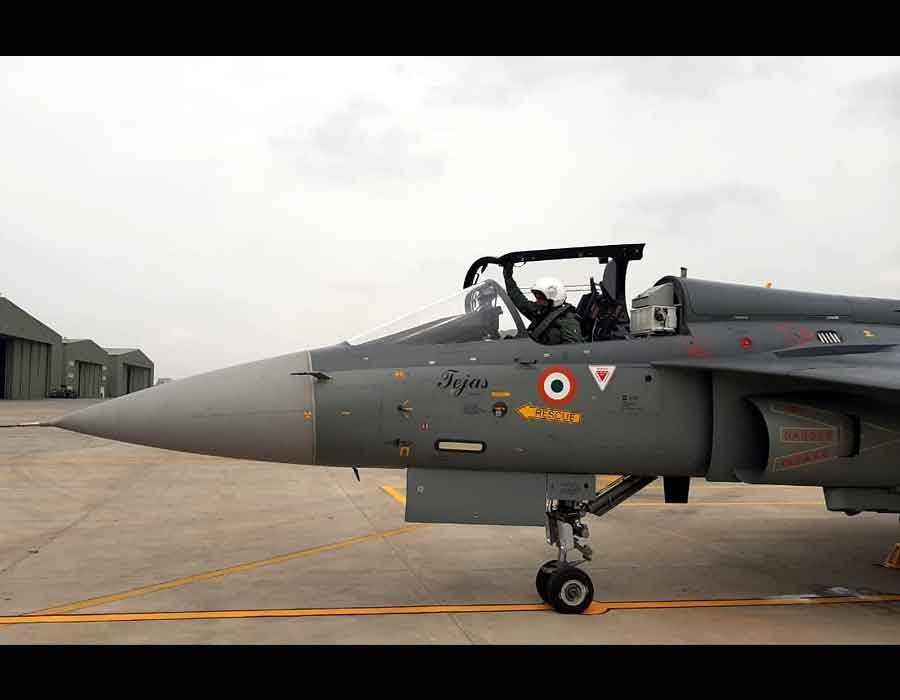 Amid escalating tension at the border with China, Indian Airforce on Wednesday added more firepower to its strike capabilities by operationalising the second squadron of LCA Tejas. LCA Tejas MK1, the fourth generation indigenous fighter aircraft, was inducted into the No.18 Squadron of the IAF which is also called the “Flying Bullets”. The No.18 Squadron is based out of Sulur in Tamil Nadu.

#WATCH Air Force Chief RKS Bhadauria landing the LCA Tejas Aircraft after a sortie at the induction ceremony of the second squadron of the LCA Tejas fighters in Sulur, Tamil Nadu today. pic.twitter.com/WvFvhMstiw

1. The first squadron to be armoured with LCA Tejas was No. 45 squadron, also known as ‘Flying Daggers’

2. The No.18 Squadron is equipped with Tejas MK1 in fully operational capability (FOC)

3. The No 18 Squadron was originally formed in 1965 with the motto “Teevra aur Nirbhaya” meaning “Swift and Fearless.

7. The No.18 Squadron also earned the sobriquet of ‘Defenders of Kashmir Valley’ as it got the distinction of being the first to land and operate from Srinagar.

8. The No.18 Squadron was “resurrected” on April 1 this year at Sulur

10. LCA Tejas MK1 is also the “lightest and smallest” in its group of fourth generation supersonic combat aircraft