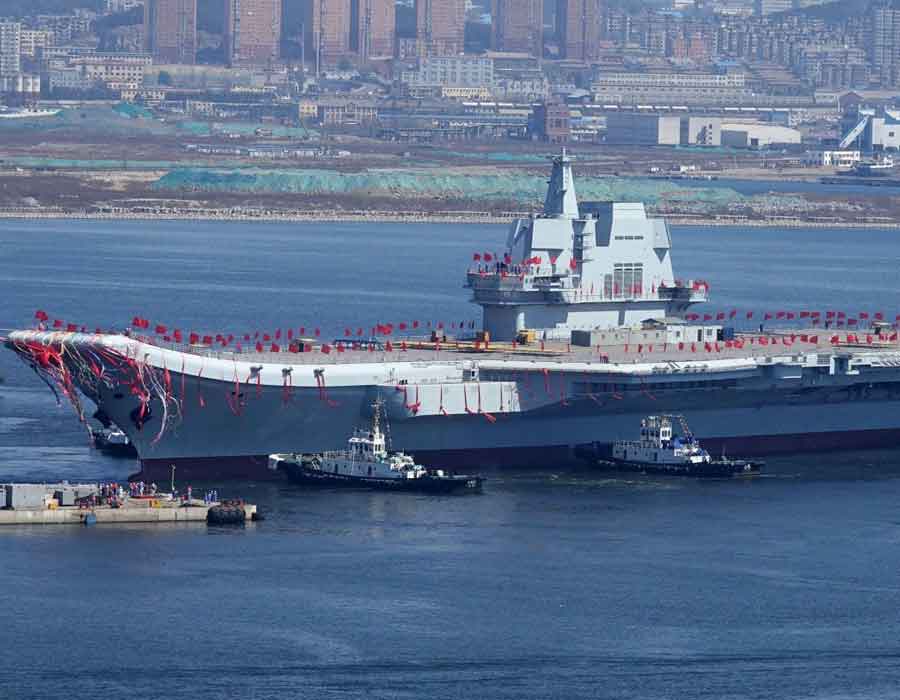 In a significant development that will further boost the naval power of China, its first indigenously built aircraft carrier headed to the South China Sea for trials on Monday after it sailed through the Taiwan Strait triggering protest from Taipei.

It is the second carrier for the Chinese navy and has the distinction of being the first domestically built Chinese aircraft carrier. Its formal induction will add massive firepower to the Chinese navy amid tensions over Beijing’s long-standing disputes with self-ruled Taiwan and its other neighbours around the South China Sea.

The carrier’s passage through the Taiwan Strait has not gone down well with Taipei which called it an act of intimidation ahead of Taiwan’s elections.

Taiwan President Tsai Ing-wen, who is seeking re-election, is an advocate of his country’s full independence and he had also voiced support for Hong Kong’s pro-democracy movement.

The Chinese navy spokesperson, however, said that it was “normal practice” for carriers that are under testing to conduct cross-regional trials and emphasized that it was not aimed at any specific target and had nothing to do with the current situation in the region.

China, which sees self-ruled democratic Taiwan as part of its territory, has stepped up military drills around the island since Beijing-sceptic President Tsai Ing-wen, came to power in 2016.

The Chinese navy had launched “Type 001A” carrier in 2017 and sea trials began the following year, but it is yet to be officially put into service.

China’s first aircraft carrier Liaoning was launched in 2012. However, It was originally made in the former Soviet Union which was later renovated for the Chinese navy.