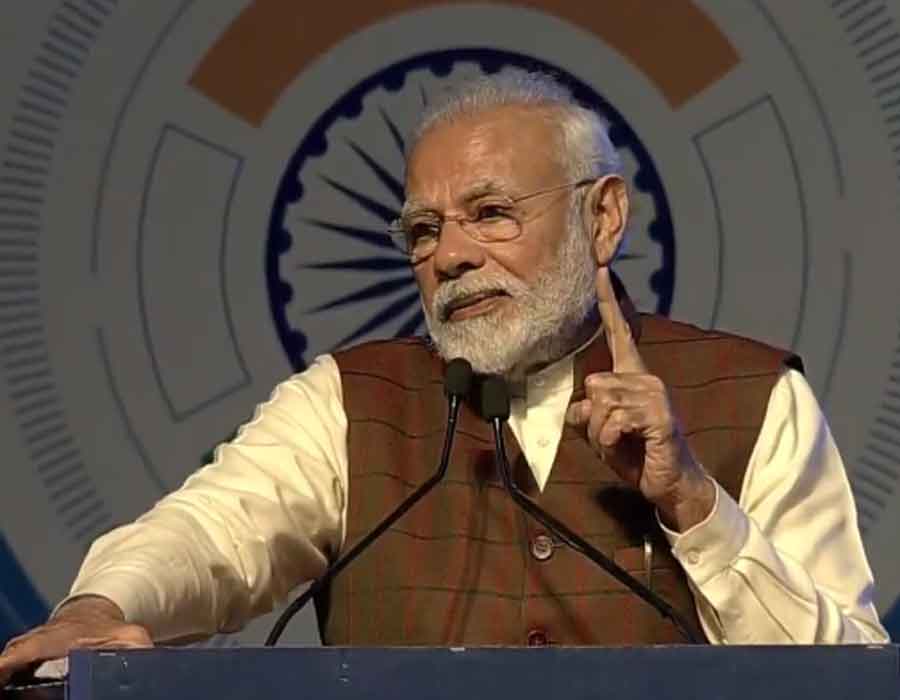 Encouraging investors to set up a base for defence manufacturing in the country, Prime Minister Narendra Modi on Wednesday said that India is eyeing defence export of USD 5 billion in the next five years.

Inaugurating the 11th edition of DefExpo here, Modi highlighted the measures taken by his government to boost manufacturing and said a country of the size of India cannot entirely depend on imports and added the number of defence licenses issued in the last five years has risen to 460 from 210 in 2014, the year he first came to power.

India is not only a major market globally but a vast opportunity for the world as well, he said, asserting that Uttar Pradesh is going to be one of the biggest defence manufacturing hubs in India.

Lack of proper policy initiative in last several decades made India the biggest importer of defence platforms, he added.

Modi cited misuse of technology, terrorism and cyber threat as challenges facing the world and said defence forces are eyeing new technology considering new threats. India is not behind others, he added.

He said a roadmap had been finalised to use application of artificial intelligence in defence sector.

The prime minister said the creation of the post of Chief of Defence Staff and the Department of Military Affairs will boost the overall defence production.

“We are going to enhance our presence in the outer space in coming years,” he said, adding that the DRDO is putting up effective protection for India’s assets in outer space created by ISRO.

“Our defence preparedness is not aimed at any country as India is a reliable contributor to world peace. It’s our responsibility to ensure security of not only India but countries in the neighbourhood as well,” he said.

He invited foreign defence manufacturers to “come and invest in India.