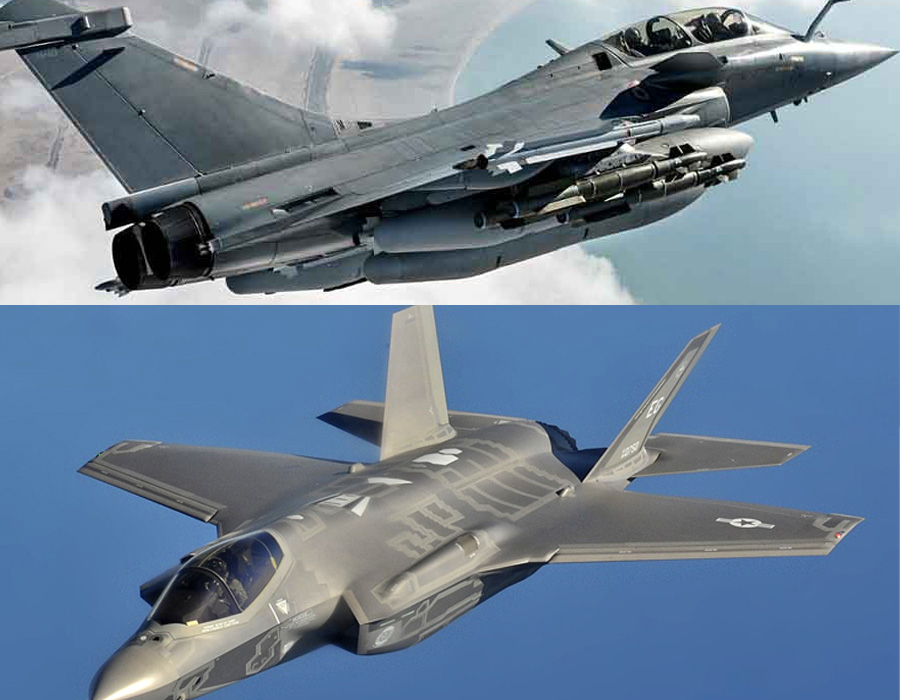 Lucknow is all set to witness a breathtaking display of aerial prowess by some of the wold’s most fearsome fighter jets including French Rafale and America’s F-35 Lightning II.

Apart from these two fighter jets, a host of modern fighter jets will participate in the DefExpo India that is slated to be held in the Uttar Pradesh capital from February 5-8.

According to media reports, while Rafale jets will be displayed in Hall 1 of the Expo, F-35 Lightning II of US defence manufacturer Lockheed Martin will be showcased in Hall 2. In addition to that, F-35 Lightning II, the fifth-generation combat aircraft, will have an entire pavilion to itself.

Israel will be an active participant in this DefenceExpo and Artillery and ammunition from Israel, known for its high-end military power, will be prominently displayed at the expo.

As far as India’s participation is concerned, public sector players like Hindustan Aeronautics Limited (HAL) and Bharat Heavy Electrical Limited (BHEL) will be rubbing shoulders with the global players that are best in the business. Among private players, Adani Defence systems will be one of the major players.

More than 500 companies have registered for the expo, according to the media reports.