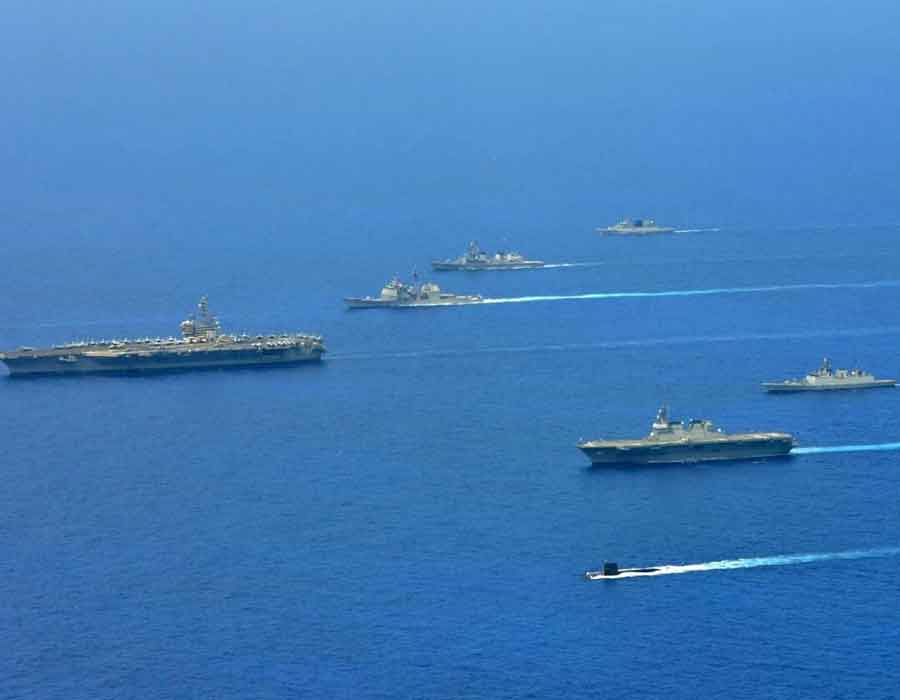 In a significant development, India is reportedly mulling over inviting Australia to join its trilateral Malabar Naval Exercise with the US and Japan that is scheduled to take place in July-August this year.

Earlier, India had turned down requests from Australia many times for participation in this annual exercise as it did not want to antagonise China which sees such congregation as directed against it. However, it seems that the ongoing border standoff in Ladakh has prompted India to ignore China’s reservations in this regard.

A Times of India report quoted its sources as saying that India is considering to include Austalia in the 24th Malabar Exercise but the final decision is yet to be taken. The report quoted its Australian diplomatic sources as saying that Canberra would be glad to consider all opportunities to engage with the Indian military. Interestingly, Australian warship Anzac-class frigate HMAS Toowoomba is currently in Mumbai on a four-day visit.

Malabar Naval Exercise began between India and the U.S. in 1992. In 2007, Singapore,Japan and Australia were also made part of this exercise However, China opposed it strongly and alleged that it was an effort to “counter and contain” it in the region. Keeping in mind China’s sensitivities, India made it bilateral once again. Japan was included only in 2009 and 2014 when the exercise was held in the north-western Pacific. It was only in 2015 that Japan was made a regular participant in this exercise.

Since 2016, Australia has been repeatedly requesting to join the Malabar exercises. If Australia is finally invited to this exercise, it will for the first that the QUAD members would hold a naval exercise together in the Indian Ocean and it’s bound to infuriate China. However, it seems India no longer cares for Chinese concerns especially after the PLA unilaterally tried to change LAC in the Ladakh region.