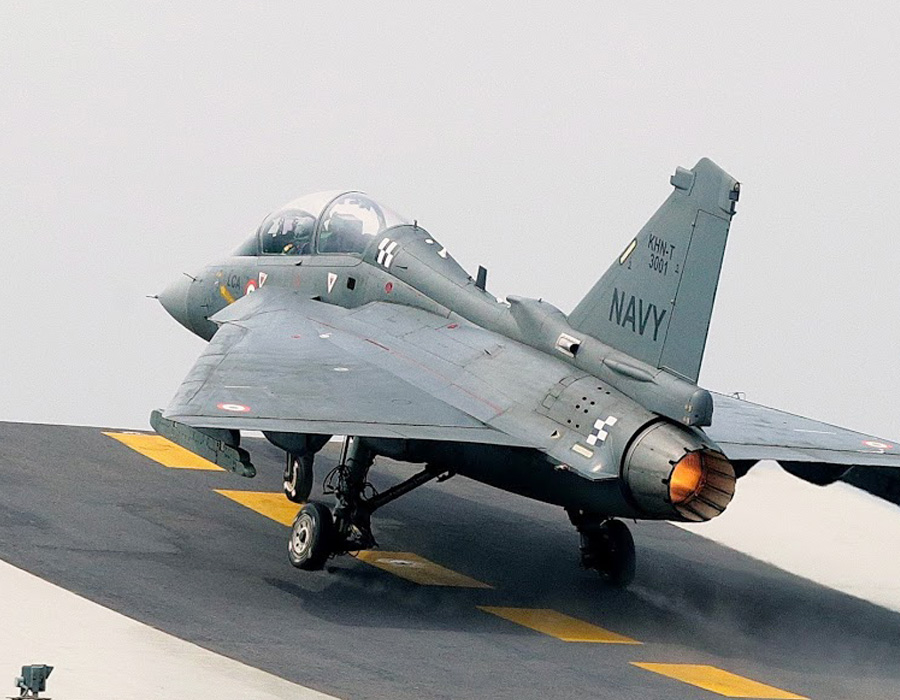 India on Friday successfully executed the first-ever arrested landing of naval version of Light Combat Aircraft Tejas at a shore-based facility, INS Hansa in Goa. With the successful landing, the aircraft has inched closer to the goal of operating from an aircraft carrier. The experiment was carried out by Defence Research and Development Organisation (DRDO) and Aeronautical Development Agency (ADA).

Here’re a few important points about the naval version of the Light Combat Aircraft:

1. The LCA (Navy) is the naval version of indigenously developed Tejas fighter aircraft being developed for the Indian Air Force.

2. Indian Navy needs several fighter jets for its future aircraft carriers including named INS Vikrant, which is under advanced stages of construction.

3. On 20 April this year, the then Navy Chief, Admiral Sunil Lanba had said IAC-1 or INS Vikrant will be delivered to Indian Navy by 2021. The Navy hopes to have a third aircraft carrier in the near future to counter China’s growing might in the Indian Ocean region.

5. “This arrested landing heralds the arrival of true indigenous capability and displays the professional prowess of our scientific community Aeronautical Development Agency (ADA) embedded with design plus build the capability of HAL(ARDC), DRDO and CSIR Labs involved in executing this landmark event,” an official statement added.