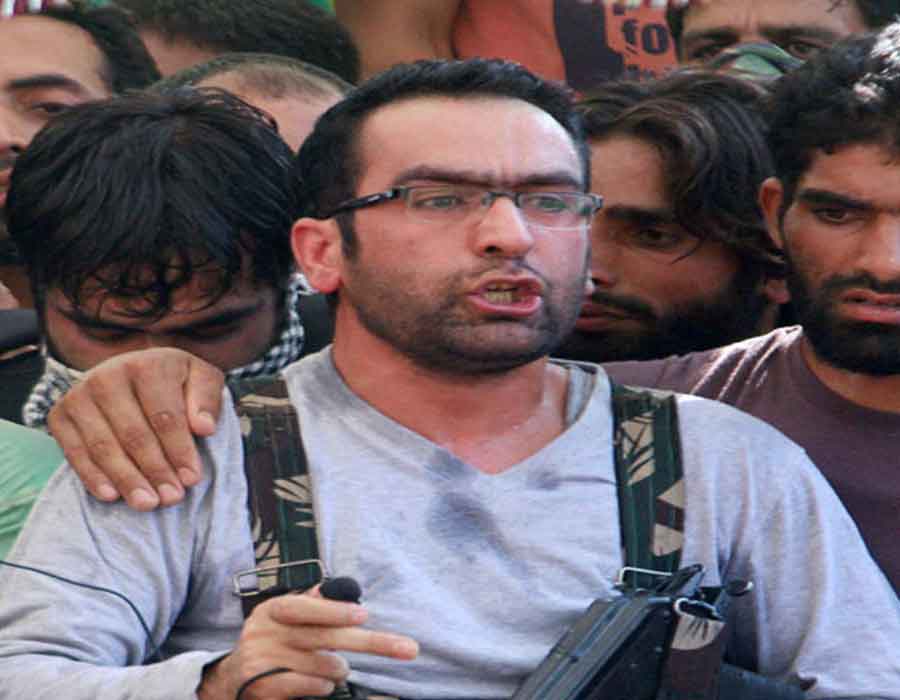 In a major success to Indian security forces, Hizbul Mujahideen chief and Kashmir’smost wanted terrorist Riyaz Naikoo was killed in an encounter on May 3 in Pulwama district.

Naikoo, along with his associate, was trapped late on Tuesday in his native Beighpora village in Jammu and Kashmir’s Pulwama district.

The Hizbul Mujahideen commander and his associate were killed early on Wednesday while another militant was killed in a separate operation in Sharshali village of Khrew area in Pulwama district away from Naikoo’s encounter spot.

Confirming Naikoo’s death, a senior security forces officer said, “Naikoo has been neutralized along with his associate.

“We had said that the martyrdom of our bravehearts, Colonel Ashutosh Sharma, major Anuj Sood, Lance naik Dinesh Singh, Naik Rakesh Kumar and sub-inspector Saqeer Khan would be avenged and that pledge has been fulfilled within three days.”

Two terrorists, a Pakistan national and a local terrorist were also killed in the encounter in Chanjimulla village of Handwara tehsil on May 3 along with bravehearts.

Officials said the operation to eliminate Naikoo was carried out with pinpoint precision without any collateral damage.

Authorities have suspended mobile Internet across the Kashmir Valley and imposed curfew in most major towns of the valley to ensure that no ugly fallout of Naikoo’s death affects the law and order.

A video conferencing meeting was reportedly held earlier between senior officers of the Union Home Ministry and J&K top brass to address any law and order issues peacefully.

In Srinagar city, the District Magistrate announced that all curfew passes issued on or before May 5 have been cancelled and fresh passes would be issued after two days.

Authorities do not want to take any chance after killing the most wanted militant commander who happened to be a Kashmiri.

No chances are being taken with the law and order situation since in a similar situation in July 2016 when Naikoo’s predecessor and Hizbul poster boy chief commander, Burhan Wani was killed, said an official.

A six-month-long unrest had followed Burhan’s death when over 100 protesters were killed in clashes with the security forces in the Valley.

The overnight operation to trap Naikoo by the security forces was started on Tuesday evening when a massive search operation was launched in the native Beighpora village of Naikoo near the Awantipora town of Pulwama district.

Sources had told IANS then that after receiving credible information that the top Hizbul Mujahideen commander had come to visit his home in Beighpora village the joint op by the Rashtriya Rifles (RR), Central Reserve Police Force (CRPF) and the Special Operations Group (SOG) of the local police, moved in quickly to seal all entry and exit points of the village.

“The adjoining Gulzarpora village has also been brought under the cordon and search operation is on to ensure that once trapped, he is unable to escape,” sources said.

Riyaz Naikoo took over as the commander of Hizbul Mujahideen after the outfit’s poster boy and commander Burhan Wani was killed in a gunfight with the security forces in Kokarnag area in Anantnag district on July 8, 2016.

Naikoo carried a reward of Rs 12 lakh on his head.

Naikoo had been masterminding the killings of local policemen to put pressure on them not to engage in anti-militancy operations.

It was because of this threat perception that policemen were advised not to visit their homes especially in South Kashmir districts where Naikoo held sway among the militant ranks.

Before joining the militant ranks, Naikoo worked as a mathematics teacher at a local school. He was known to have a passion for painting roses before he picked up the gun at the age of 33.

Security forces hold Naikoo responsible for holding the Hizbul together after its possible disintegration when Zakir Musa broke away from the Hizbul ranks to form his own splinter group.

Musa split from the Hizbul in 2017 and formed his own group called Ansar Ghazwatul Hind that claimed to be the Indian affiliate of the Al-Qaeda.

Musa was killed in Dadsara area in Tral tehsil in an encounter with the security forces on May 23, 2019.