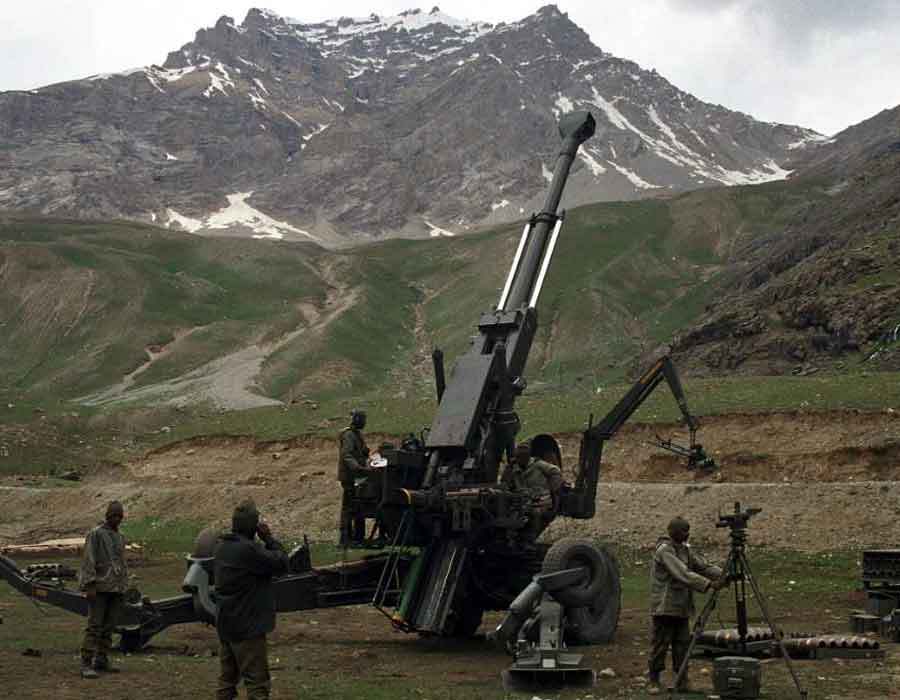 Giving a clear message to China that India is determined to restore the status-quo-ante of pre-May 5, the Indian Army has reportedly deployed Bofors guns along the Line of Actual Control (LAC) in Ladakh.

According to media reports, the Indian Army has moved 60 Bofors artillery guns from Leh to the forward positions along the LAC in eastern Ladakh to face any eventuality. In addition to Bofors guns, T-72 and T-90 tanks have also been deployed along the LAC in Ladakh.

The Indian Army has once again reposed faith in Bofors at such a critical time. The reason is that Bofors guns had delivered excellent results during the Kargil war of 1999.

Meanwhile, the National Highway Authority of India (NHAI) has started work on an emergency landing strip in south Kashmir on the Srinagar-Jammu national highway. The construction of the landing strip assumes significance in the wake of the ongoing border standoff with China along LAC in Ladakh. The officials, however, said the landing strip has nothing to do with the confrontation with China as it’s as an old project.

A minor de-escalation has been reported from Galwan valley from both sides. The Chinese retreated 2 Kilometres while the Indians have moved back 1 Kilometre. The two sides are now preparing for senior-level military talks on June 6 for resolving the standoff. Lt Gen Harinder Singh, the general officer commanding of Leh-based 14 Corps, will represent India during these discussions.