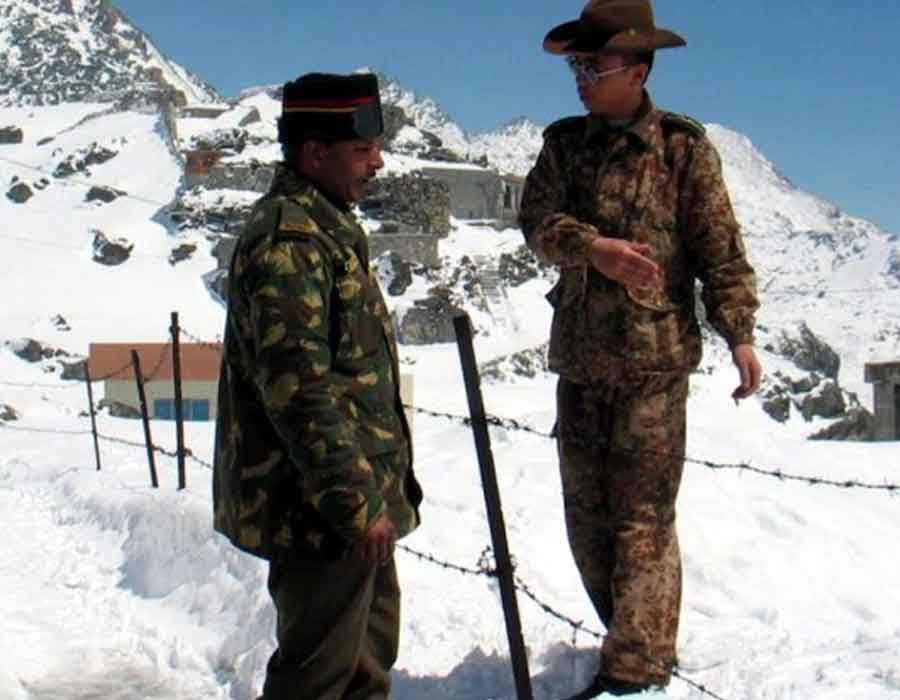 The second round of talks between Indian and Chinese armies was held on Wednesday in a ‘positive atmosphere’, news agency PTI reported.

The report quoting people familiar with development as saying that the Indian delegation pressed for restoration of status quo ante and immediate withdrawal of a sizeable number of Chinese troops from all the standoff points during the meeting that lasted over four-and-half-hour.

The second round of talks was held after the two armies began a limited disengagement in a few areas in Galwan Valley and Hot Spring in a demonstration of their intent to end the row peacefully.

However, both sides remained engaged in aggressive posturing in areas such as Pangong Tso, Daulat Beg Oldie and Demchok.

Military sources on Tuesday said the two armies began “disengagement” around patrolling points 14 and 15 in Galwan Valley and another in the Hot Spring area, adding the Chinese side has even moved back up to 1.5 km in the two areas.

Indian and Chinese troops have been engaged since May 5 following a violent clash in Pangong Tso.

China said on Wednesday that Indian and Chinese troops have started implementing the “positive consensus” reached by the senior military officials of the two countries on June 6 aimed at “easing” the situation along the borders.

Asked about the reports of the troops on both sides disengaging and moving back to their previous positions, Chinese foreign ministry spokesperson Hua Chunying told a media briefing in Beijing that both sides are taking steps to ease the situation along the borders.

“Recently the diplomatic and military channels of China and India held effective communication on the situation along the border and reached a positive consensus,” she said.

“The two sides are following this consensus to take actions to ease the situation along the borders,” the spokesperson said.