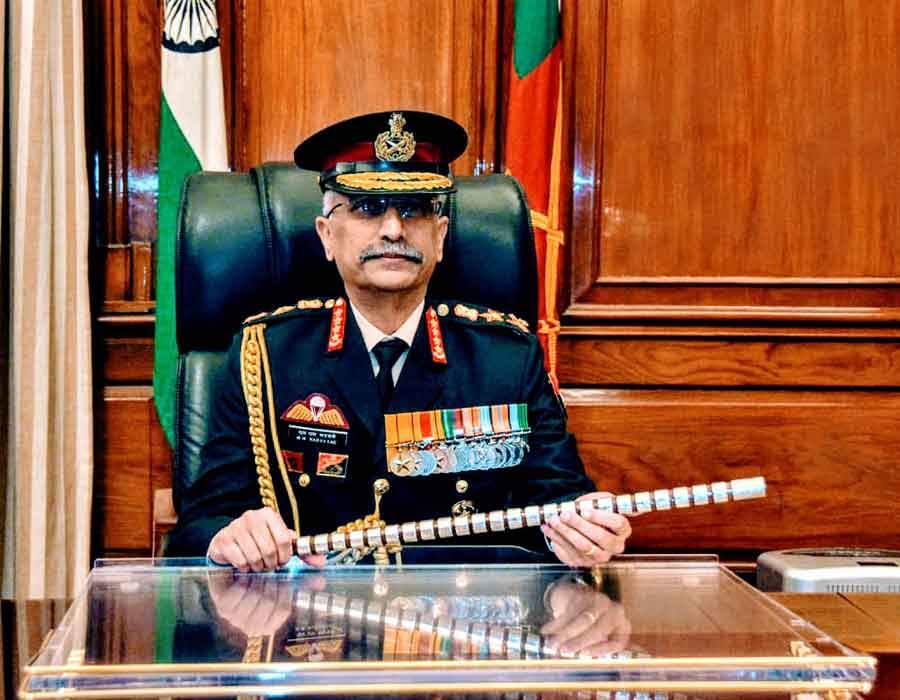 Army Chief General MM Naravane on Friday slammed Pakistan for “exporting terror” at a time when India and the world were fighting the coronavirus pandemic.

“While we are busy not only helping our own citizens but the rest of the world too by sending medical teams and exporting medicines. On the other hand, Pakistan is only exporting terror. This doesn’t auger well,” the army chief said.

The Indian Army chief, who is on a visit to Jammu and Kashmir, to review LoC operations, said, “It is very unfortunate that at a time when the whole world and India is fighting the pandemic, our neighbour continues to foment trouble for us.”

The LoC in recent days has seen several ceasefire violations by Pakistan.

Gen Naravane also said that the infiltration attempts in areas where the snow levels are still very high indicate Pakistan Army complicity and nefarious designs. “Intelligence reports suggest that all launch pads across the Line of Control are active,” he said.

The Army chief stressed upon that Indian Army will give proportionate response to all acts of infringement of ceasefire.

“The onus remains with Pakistan to bring peace in the region. Unless Pakistan gives up its policy of state-sponsored terrorism, we will continue to respond with impunity and precision,” he said.

On about lifting restriction in the hinterland of Kashmir, the Army chief said that they cannot let the guard down as Pakistan-instigated terrorists have been targeting innocent civilians.

Three days ago they targeted a retired Kashmiri soldier, he noted.

He also said that the people should realise the duplicity of Pakistani motive based on lies and deceit. “I call upon the Awam to valiantly resist Pakistan’s propaganda and be part of the successful and peaceful journey that has commenced in the Valley,” General Naravane said.

In fight against the Covid, he said Indian Army is committed on three fronts – guarding the national borders from external threats, tackling threats in hinterland and assisting the government in tackling the pandemic.

“We are sensitive to the risk of COVID and specific protocols have been instituted for the troops deployed along the Line of Control and those on the counter-infiltration grid,” the chief said.

He said that they are totally in sync with the administration in jointly fighting the Covid-19 pandemic.

The Army chief pointed out that armed forces medical teams have already been deployed to provide advice in Covid management at the request of the Maldives and Kuwait governments.

“I am proud of my jawans and formation commanders who are operating relentlessly battling the dual challenges of Pakistan abetted terror and the global pandemic,” said the Army chief adding that the Indian Army is geared up in keeping with the overall mantra “Say No to Panic, Yes to Precaution”.