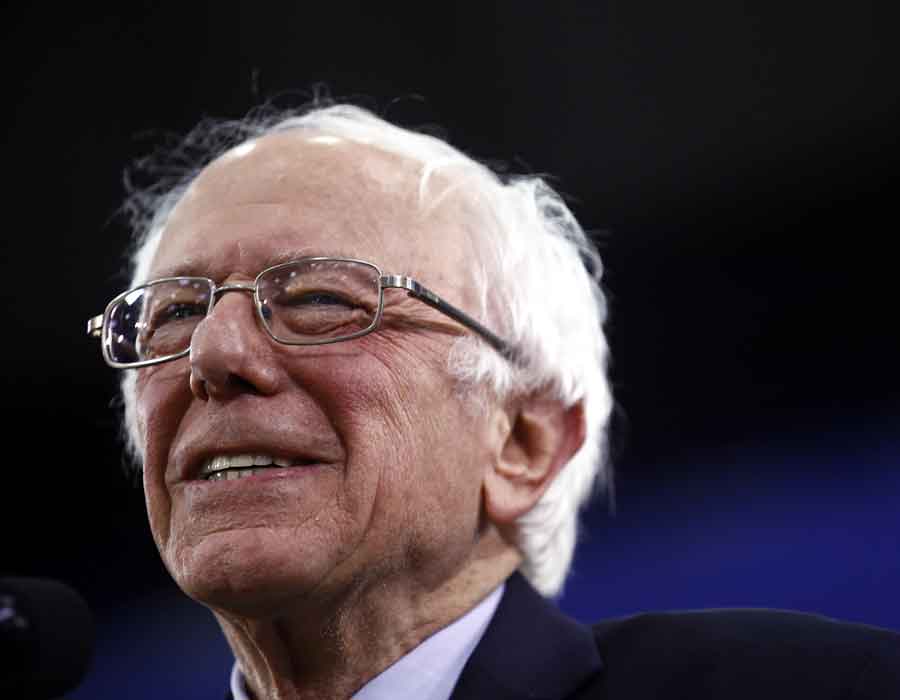 Amid the COVID-19 pandemic, the US presidential election has been set as a contest between President Donald Trump and former Vice President Joe Biden after the socialist Senator Bernie Sanders dropped out of the Democratic race for nomination.

By conceding to Biden on Wednesday, Sanders will allow him and the party to focus on Trump and get an early start for a campaign directly against Trump stretching for the next seven months instead of spending resources for several months on infighting by party candidates for the nomination.

“I congratulate Joe Biden, a very decent man, who I will work with to move our progressive ideas forward,” Sanders said in his live-streamed announcement.

Biden said he realised “how hard a decision this was for him to make,” adding, “Bernie has put his heart and soul into not only running for president, but for the causes and issues he has been dedicated to his whole life.”

“I cannot in good conscience continue to mount a campaign that cannot win and which would interfere with the important work required of all of us in this difficult hour,” Sanders said finally recognising the changed environment in a nation ravaged by COVID-19.

Sanders and Biden have not been able to hold rallies or even have house-to-house campaigns.

Trump, who has expressed preference for the self-described democratic socialist Sanders to be his rival, roiled the political waters claiming the nomination process was “rigged” against “Crazy Bernie.”

In an email to supporters soon after Sanders live-streamed his decision, Trump took a dig at his favourite targets: “It’s been obvious from day one that the Democrats, the Fake News Media, the Hollywood Elites, and the Deep State all want Sleepy Joe to be president no matter the cost.”

An aggregation of the national polls by RealClear Politics showed that Biden was leading Trump by 6.3 per cent, but there has been some concern in the Democratic Party with Trump’s approval rating for handling the coronavirus pandemic, although it has come down from a high of 50.6 last month to 46.8 on Wednesday.

Sanders has ended a five-year quest for the presidency, during which he put up credible challenges to Hillary Clinton and to Biden, and it may be the last for the 78-year-old who suffered a mild heart attack during the current campaign.

In the 2016 party election, there were accusations that the Democratic National Committee was biased against him and Representative Tulsi Gabbard, who criticised leadership, resigned as a party vice president to back Sanders.

Although he was seeking the Democratic Party nomination, Sanders is officially an Independent member of the senate and not a party member. The rules allowed him to run in the party election for the presidential nomination.

Sanders announced that although he is suspending his campaign, he said would continue to stay on the party ballot so that he can have delegates at the party convention “to exert significant influence over the party platform.”

“While this campaign is coming to an end, our movement is not,” referring to his socialist cause like higher minimum wages, universal healthcare and free college education.

Biden, who advocates a centrist agenda, is against some Sanders’s proposals like nationalised health care.

Intra-party elections – either by secret ballot known as primaries, or open, in-person balloting known as caucuses – have been held in only 28 of the 50 states.

Of the remaining states, 15 have postponed the party elections because of the COVID-19 pandemic and 12 will have postal ballots.

The selection of the party candidate is by an indirect process with the primaries and caucuses electing delegates pledging to support one of the candidates to the party convention where the party nomination will be officially made.

With 3,979 elected delegates, a candidate will need 1,991 delegates to win the nomination and Biden leads the delegates count with 1,217 to Sanders’s 914.

Sanders has only won in eight states, while Biden, who had a slow start and was almost written after losing in the first three states, staged a powerful comeback, winning in 19 states.

Biden has an array of endorsements from Democratic leaders and he is leading by a large margin among African-Americans, an important segment of the party, to whom Sanders could not appeal.

While the race started last year with 20 credible candidates qualifying for the first party debate, they started dropping out seeing no prospects for themselves leaving only Biden and Sanders till today.

Among the candidates dropping out were Senator Kamala Harris, who is of Indian and Jamaican-African descent, and Gabbard, who is Hindu by faith.

Despite being out of the running, Sanders has a large, vociferous support base dominated by young people.

Reaching out to them, Biden said he realised “how hard it is for the millions of his supporters — especially younger voters — who have been inspired and energised and brought into politics by the progressive agenda he has championed.”

Biden has suggested holding it virtually because of the socially distancing rules that may in force for months.

Sanders dropping out of the race would make this easier removing one of the possible challenges.