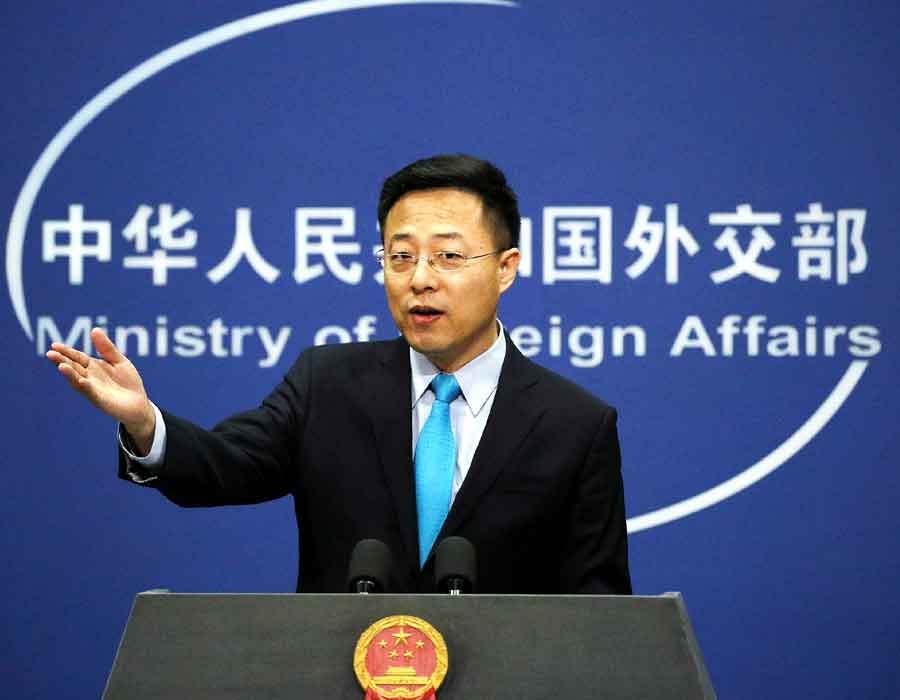 China has expressed its unhappiness over US President Donald Trump’s plan to invite India, Russia, Australia and South Korea to G7 summit but leaving Beijing out of the block.

Reacting sharping to the development, Chinese Foreign Ministry spokesman Zhao Lijian told media persons that any attempts to draw a “small circle” against Beijing will be “doomed to fail and become unpopular”.

China sees the US move as yet another attempt by Trump to isolate it on international platforms.

“China believes all international organisations and conferences should be conducive to mutual trust between countries to upholding multilateralism, promoting world peace and development,” Zhao Lijian said.

“We believe this is the role of the overwhelming majority of the countries in the world. Any attempts to seek a small circle against China is doomed to fail and is unpopular,” he added.

There is a sense of disquiet about Trump’s invitation to India and three other nations, especially at a time when he is seeking to isolate Beijing with a raft of measures including withdrawing the special status to Hong Kong in response to new Chinese security law for the former British colony, putting curbs on the Chinese students above undergraduate level, pulling the US out of the World Health Organisation pointing to its links to China.

Trump is also aggressively pushing for decoupling China from global supply chains which could hurt the world’s second-largest economy in the long run.

The tension between the US and China is escalating over the coronavirus pandemic, with Trump accusing Beijing of not divulging timely information about the disease and demanding a probe into the origins of the virus.

However, China has rejected all US allegations of a cover up regarding the COVID-19 outbreak.

The US currently holds the annual presidency of G7 countries. In view of the coronavirus pandemic, there were talks of the summit being held virtually. However, Trump had been suggesting that it be held in person.

During the summit, the G7 president normally invites heads of states of one or two countries to attend the meeting as a special invitee.

Trump’s invitation to Russia is regarded as a source of concern for China as Beijing had built up close relations with Moscow ever since it was expelled from what was previously known as G8 in 2014 by Trump’s predecessor Barack Obama, following Russia’s takeover of Crimea.

Since then, Russia has emerged as a close strategic ally of China.

Reports from Russia said Moscow has shown its interest in accepting the invitation to attend the G7 meet.

“President Putin is a supporter of dialogue in all directions, but in this case, in order to respond to such initiatives, we need to receive more information, which we, unfortunately, do not have,” Kremlin spokesman Dmitry Peskov was quoted as saying China’s state-run CGTN.

“We don’t know the details of this proposal yet, we don’t know if it is official,” he said, adding that Moscow needed to know what might be on the agenda of the proposed meeting and its format, before responding.

The UK and Canada have opposed Russia’s return to the G7, deepening a rift over President Trump’s wish for the country to re-join, the BBC reported.

On Sunday, Trump told Putin of his plans to invite him to the G7 summit.

The White House said making “progress toward convening the G7” with Russia was among the topics the leaders discussed in a phone call, according to reports.