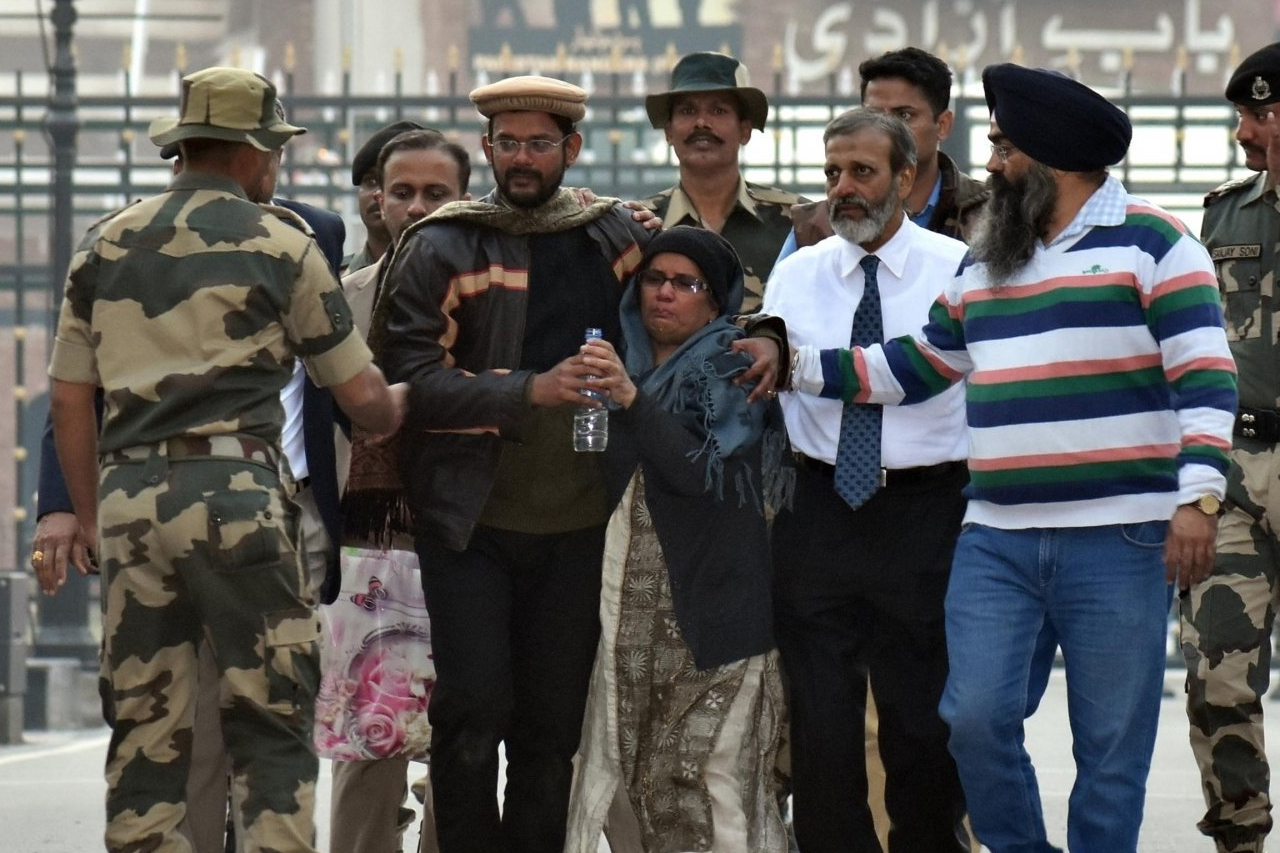 New Delhi: Hamid Nehal Ansari, the man from Mumbai who was freed by Pakistan on Tuesday after keeping him in jail for six years on alleged espionage charges, called on External Affairs Minister Sushma Swaraj here on Wednesday and thanked her for her role in securing his release.

A video shared by External Affairs Ministry spokesperson Raveesh Kumar in Twitter showed Ansari being accompanied by his mother Fauzia during the meeting.

While Ansari thanked Sushma Swaraj, she in turn told him that he had faced a difficult time.

Sushma Swaraj then turned to a sobbing Fauzia who hugged her and said: “Mera Bharat mahaan, meri madam mahaan, sab madam ne hi kiya hai (My India is great, madam is great, madam did everything).”

Pakistan had alleged that Ansari, an engineer, was an “Indian spy” who illegally entered the country. Islamabad accused him of involvement in anti-state crimes, forging documents, and jailed him.

For the family, it was an ordeal since November 2012 when he left the country for Kabul for employment and then was reported “missing”.

He reportedly became friendly with a Pakistan girl on social media and reached Kohat in Khyber Pakhtunkhwa to save her from a forced marriage.

On November 12, 2012, Ansari crossed over from Afghanistan border in Jalalabad to Peshawar in Pakistan where he was nabbed by Pakistani intelligence.

Later, a military court sentenced him to three years in jail, a term that he completed on December 15.

Ansari returned to India through the Attari-Wagah border in Punjab on Tuesday.