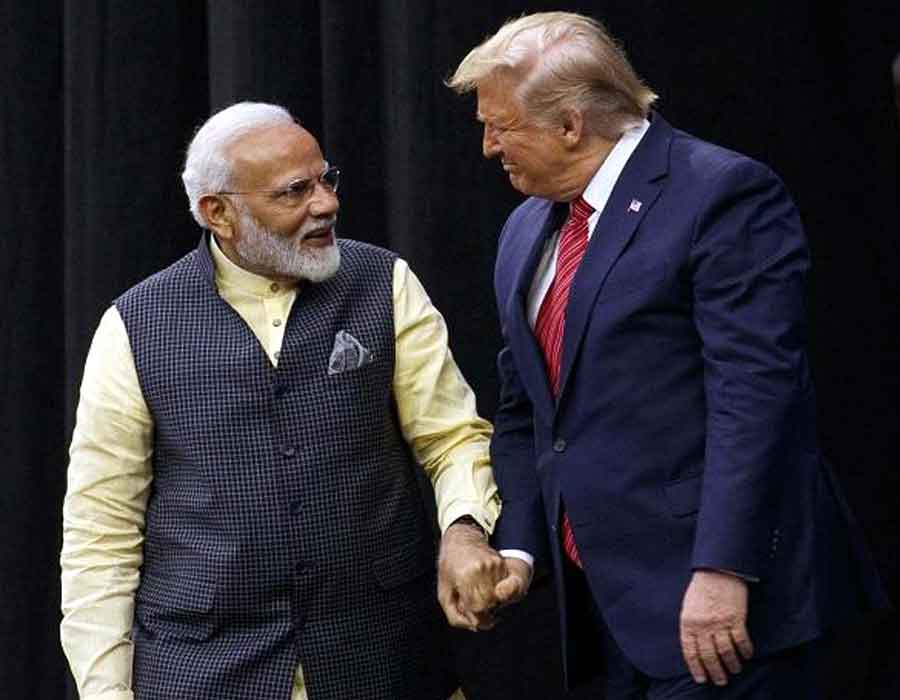 US President is all set for his maiden India visit along with First Lady Melania Trump on February 24-25. The formal announcement to this effect was made by The White House on Tuesday.

“President @realDonaldTrump & @FLOTUS will travel to India from February 24-25 to visit Prime Minister @narendramodi! The trip will further strengthen the US-India strategic partnership & highlight the strong & enduring bonds between the American & Indian people,” White House said in a tweet.

In addition to national capital Delhi, President Trump will also be visiting Ahmedabad where a massive “Kemcho Trump”! (Howdy Trump) rally has been planned to welcome the US President. It’s also a kind of return gesture for “Howdy Modi” event in Texas that was organised to welcome the Indian Prime Minister when he visited the US last September.

Read Also | ‘Not guilty’: US Senate acquits President Trump of all impeachment charges

President Trump and PM Modi are also expected to inaugurate the Motara Stadium in Ahmedabad, one of the largest sports arenas with a sitting capacity of 110,000. The two leaders are also likely to take a walkthrough at the Sabarmati wavefront.

However, there is no official word on President Trump’s visit to Agra as it was being speculated in the media.