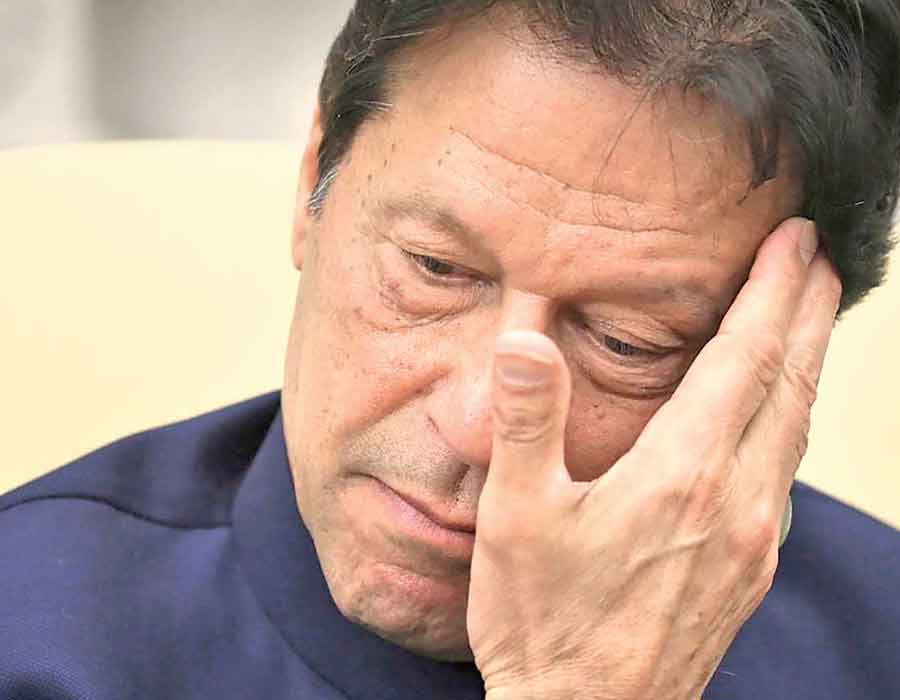 Global terror financing watchdog FATF on Friday decided continuation of Pakistan in the ”Grey List” and warned the country of stern action if it fails to check the flow of money to terror groups like the LeT and the JeM,  news agency PTI reported quoting its sources.

The decision was taken at the Financial Action Task Force (FATF) plenary in Paris.

The FATF decided to continue Pakistan in the ”Grey List”. The FATF has also warned Pakistan that if it does not complete a full action plan by June, it could lead to consequences on its businesses, according to the PTI source.

The plenary noted that Pakistan addressed only a few of the 27 tasks given to it in controlling funding to terror groups like the Lashkar-e-Taiba (LeT), the Jaish-e-Mohammad (JeM) and the Hizbul Mujahideen, which are responsible for a series of attacks in India.

The FATF said Pakistan has to swiftly complete its full action plan by June, the source said.

With Pakistan”s continuation in the ”Grey List”, it will be difficult for the country to get financial aid from the IMF, the World Bank, the ADB and the European Union, thus further enhancing problems for the nation which is in a precarious financial situation.

If Pakistan fails to comply with the FATF directive, there is every possibility that the global body may put the country in the ”Black List” along with North Korea and Iran.

India has been maintaining that Pakistan extends regular support to terror groups like the LeT, the JeM and the Hizbul Mujahideen, whose prime target is India, and has urged the FATF to take action against Islamabad.

Pakistan is believed to have received strong backing from Malaysia but failed to impress western nations due to India”s consistent efforts by providing materials and evidence on Pakistan”s inaction to check funding to terror groups operating from its soil.

Pakistan needed 12 votes out of 39 to exit the ”Grey List” and move to the ”White List”. To avoid the “Black List”, it needs the support of three countries.

The ”Grey Listing” of Pakistan came three days after a sub-group of the FATF recommended continuation of the country in it.

The FATF meeting, from February 16 to 21, was held a week after an anti-terrorism court in Pakistan sentenced Hafiz Saeed, the mastermind of the 2008 Mumbai attack and founder of the LeT, to 11 years in two terror financing cases.

The Pakistani court”s judgment came ostensibly to please the FATF and western countries so that the country can exit the ”Grey List”.

Saeed, a UN-designated terrorist on whom the US has placed a USD 10 million bounty, was arrested on July 17, 2019, in the terror financing cases.

The 70-year-old fiery cleric is lodged at the high-security Kot Lakhpat jail in Pakistan.

Pakistan has also recently informed the FATF that JeM founder Masood Azhar and his family are “missing”.

It has claimed that there were only 16 UN designated terrorists in Pakistan, of which “seven are dead”.

Out of the nine who are alive, seven had applied to the UN for exemption from financial and travel restrictions.

In the last month”s FATF meeting in Beijing, Pakistan got the support of Malaysia and Turkey besides FATF current chair China.

In the Beijing meeting, Pakistan provided a list of its action taken to comply with FATF directions.

Pakistan was placed on the ”Grey List” by the FATF in June 2018 and was given a plan of action to complete by October 2019 or face the risk of being placed on the ”Black List”.

The FATF is an inter-governmental body established in 1989 to combat money laundering, terrorist financing and other related threats to the integrity of the international financial system.

It currently has 39 members, including two regional organisations the European Commission and the Gulf Cooperation Council.

India is a member of the FATF consultations and its Asia Pacific Group.