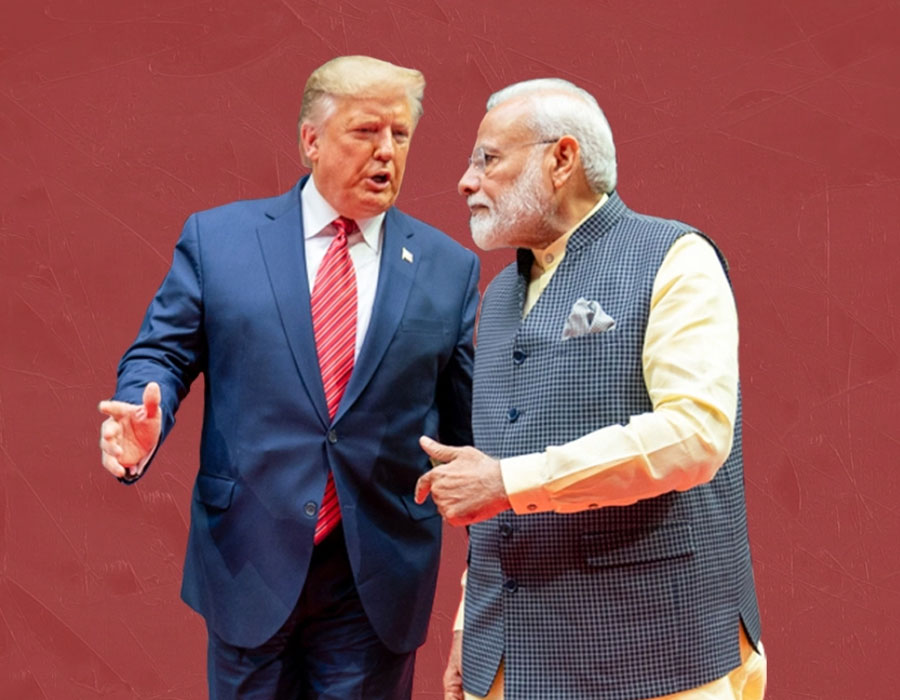 US President Donald Trump on Saturday told media persons that he called up Prime Minister Narendra Modi and requested him to release hydroxychloroquine for which the United States has placed the order.

Hydroxychloroquine is in short supply in the US after Trump promoted it as a preventive and a therapy for COVID-19.

Trump said that he called Modi on Saturday morning and told him, “I’d appreciate if they would release the amounts that we ordered and they are giving it serious consideration.”

On March 25, India banned the export of hydroxychloroquine, which is used primarily to treat malaria and lupus.

Modi tweeted earlier, “We had a good discussion, and agreed to deploy the full strength of the India-US partnership to fight COVID-19.”

Though Modi has not disclosed his decision, Trump held out hope of the drug being released, saying, “They make large amounts of hydroxychloroquine, very large amounts, frankly.”

About India’s ban on its export, Trump said, “They hold (the medicine) because they have 1.5 billion people.

Trump, who has been promoting the use of hydroxychloroquine, said that he might try it himself.

“I may take it, and I may have to ask my doctors about that,” he said.

There has been a run on the medicine in the US because of the reports of its efficacy against coronavirus.

Responding to the shortages, New Jersey Attorney General Gurbir Grewal, an Indian American, has ordered its sale restricted to only those with a diagnosis and a patient record.

“Stockpiling and hoarding drugs, and inappropriate prescribing for friends and family is unacceptable.” he said.

When Trump spoke at the daily briefing of the White House Coronavirus Task Force in Washington, the number of those in the US affected by the virus had reached 311,357, an increase of 34,196 since Friday, according to Worldometers.com. The total number of deaths from the virus was 8,452.

Trump’s recommendation for the use hydroxychloroquine has faced opposition from the media, some of which have labelled it “dangerous.”

Trump pointed out that it has been used widely to treat malaria and lupus but also said that the therapy should not be used by those with heart problems.

The Food and Drug Administration has approved the use of hydroxychloroquine on a limited basis to treat coronavirus,.

Despite the political opposition, a Democratic Party leader, New York Governor Andrew Cuomo, was the first to ask for it and has started a pilot programme to test hydroxychloroquine with about 1,000 people.

Now Trump wants to widen its use to others who want to try it, even as a preventive while a vaccine is being developed against COVID-19, a process that can take more than a year.

He said that according to a study people who had lupus and were taking the medicine haven’t been catching the virus.

“May be it’s true, may be it’s not, by don’t you investigate that,” he challenged the skeptic reporters.

The chief scientist on the Coronavirus Task Force, Anthony Fauci, has taken a hands off approach pointing out that there have been no clinical trial results as yet to prove its efficacy on a scientific basis while saying that doctors could prescribe it in consultation with their patients.

A randomised study of 62 patients who received either a placebo or hydroxychloroquine at the Renmin Hospital of Wuhan University showed that those getting the medication recovered faster.

A study in France found that a combination of hydroxychloroquine and azithromycin had reduced the virus in COVID-19 patients.