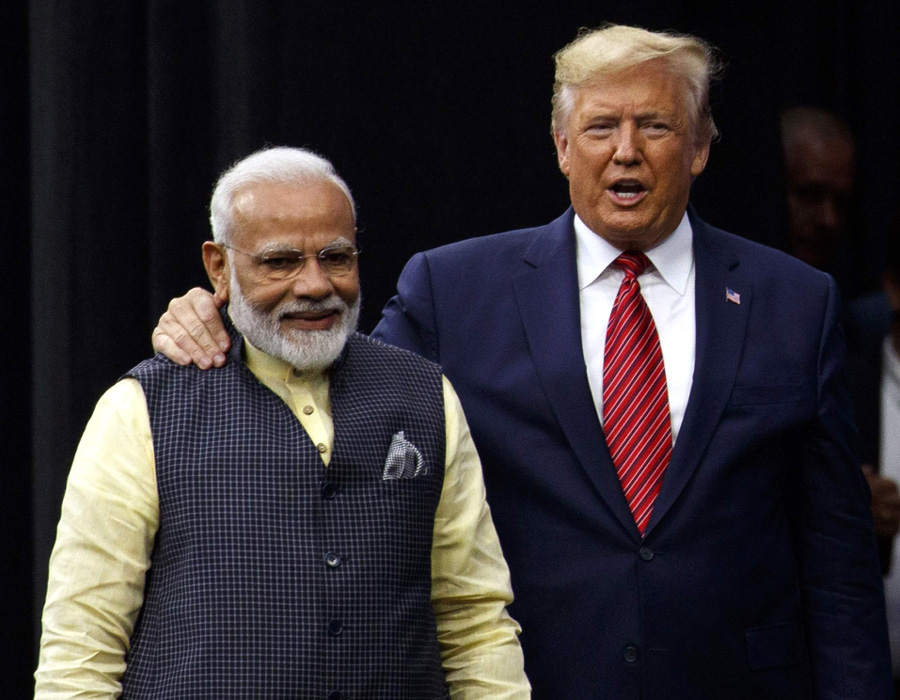 After raising eyebrows in India over his “retaliation” remark, President Donald Trump on Thursday profusely praised Prime Minister and Indian people for supplying hydroxychloroquine (HCQ) to the United States.

In a tweet, President Trump said that the US will never forget this decision of Indian government, adding extraordinary times require closer cooperation between friends.

“Extraordinary times require even closer cooperation between friends. Thank you India and the Indian people for the decision on HCQ. Will not be forgotten! Thank you Prime Minister Narendra Modi for your strong leadership in helping not just India, but humanity, in this fight!” he tweeted.

Earlier, a section of media had reported that India decided to supply HCQ to US after President Trump threatened to retaliate if India failed to pay heed to his request.

Extraordinary times require even closer cooperation between friends. Thank you India and the Indian people for the decision on HCQ. Will not be forgotten! Thank you Prime Minister @NarendraModi for your strong leadership in helping not just India, but humanity, in this fight!

At a White House press briefing on Monday President Trump, in response to a question whether he was worried about “retaliation to the US ban on export of medical goods” from India, had said, “I would be surprised if he (Modi) would, you know, because India does very well with the US… I spoke to him Sunday morning, called him, and I said, we’d appreciate you allowing our supply (of HCQ) to come out. If he doesn’t allow it to come out, that would be ok. But of course, there may be retaliation. Why wouldn’t there be?”

Trump’s response to the reporter’s leading question was construed by some sections of Indian media as a threat even as the government denied that it had taken the decision under any pressure.

In view of the humanitarian aspects of the pandemic, India on Tuesday decided to licence paracetamol and HCQ in appropriate quantities to neighbouring countries who are dependent on Indian capabilities. India will also be supplying these essential drugs to some nations which have been particularly badly affected by the pandemic, a ministry of external affairs statement said.

The Directorate General of Foreign Trade has notified lifting restrictions on 14 drugs. Paracetamol and HCQ, have been kept in a licensed category and their demand status is to be continuously monitored. HCQ is being used to treat COVID-19 patients and as prophylactic by the frontline health care workers deployed in the fight against the coronavirus pandemic. The Modi government had imposed a ban on export of the drug since the coronavirus outbreak hit India.