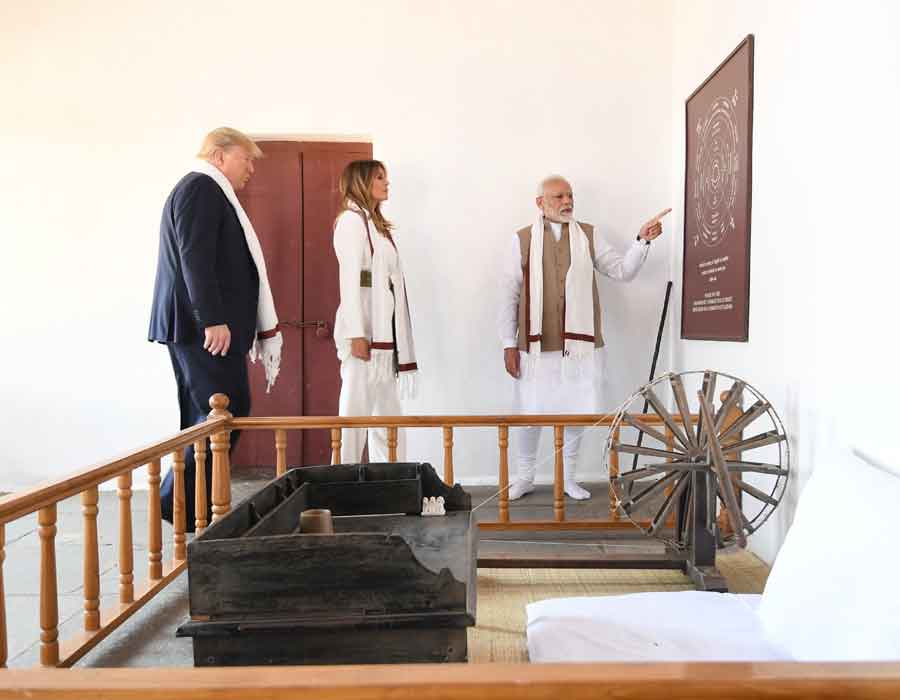 A roadshow from the Airport to Sabarmati Ashram was organised during which thousands of people en route of the cavalcade greeted the US President who is visiting India for the first time.

Trump and First Lady paid tributes to Mahatma Gandhi at the Sabarmati Ashram.

During the brief stay here, they tried their hands on the charkha.

Trump spun charkha briefly and wrote in the visitor’s diary, “To my great friend Prime Minister Modi – Thank You for this wonderful visit.” 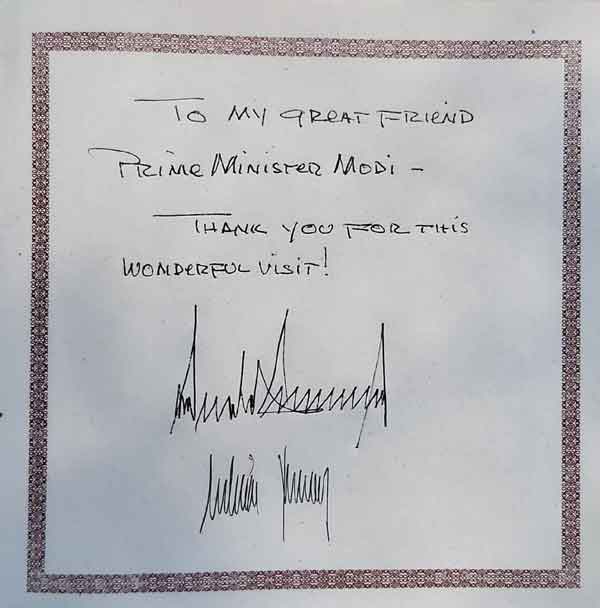 However, there was no mention of Mahatma Gandhi by Trump in his remark in the visitors” diary at Sabarmati ashram.