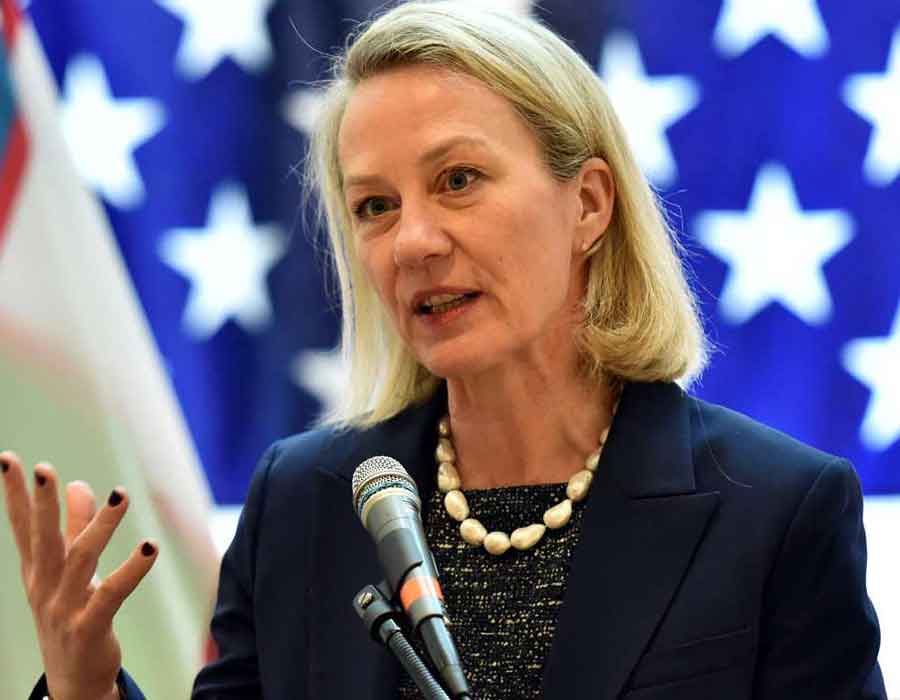 The ties between India and the US are “unshakeable”, a top American diplomat has said, asserting that the Trump administration looks forward to an even warmer relationship as Prime Minister Narendra Modi hosts President Donald Trump later this month.

President Trump will pay a state visit to India on February 24 and 25 at the invitation of Prime Minister Modi.

“The ties between our countries are unshakeable, and we look forward to an even warmer relationship as” the prime minister hosts the president later this month, Acting Assistant Secretary of State for South and Central Asia Alice Wells tweeted on Saturday.

“The US and India enjoy a close partnership that grows stronger day by day. Together, we are breaking records. For example: we welcomed a record number of Indian exchange students to the US last year and hope to receive even more this year,” she said.

India, she said, is at the heart of the Indo-Pacific region and plays an increasingly prominent role on the world”s stage. “The US looks forward to partnering with India at every step of the way,” Wells said.

Ahead of the presidential visit, Alyssa Ayres senior fellow for India, Pakistan, and South Asia at the Council on Foreign Relations think-tank, said that Trump appears to be focused first and foremost on the stadium event and the prospect of very large crowds, then on a trade deal.

“So, I am watching most closely what happens with the ongoing trade negotiations – which despite efforts last fall, did not manage to reach an agreement,” Ayres told PTI.

“I expect whatever emerges on the trade front to be modest as we are not talking about something resembling even a bilateral investment treaty, let alone a more ambitious agreement,” she said.

But any progress would be a positive step forward, given how tough some of these trade issues have been over the years, she noted. “The resort to tariff increases on the part of both the US and India has made this a moving target, and it can”t be easy for the negotiators,” Ayres said.

According to Aparna Pande, director, Initiative on the Future of India and South Asia at the Hudson Institute think-tank, Trump”s visit to India symbolizes how far the two countries have come in their relationship.

“Prime Minister Modi has the honour of welcoming two US Presidents, one Democrat (Obama) and one Republican (Trump) to India,” she said.

The two countries have a strong strategic partnership, economic and defense, bolstered by people-to-people ties based on shared values of democracy, pluralism and tolerance, Pande said.

“However, the visit will be high on symbols, visuals and optics but low on substantive deliveries. A genuine trade deal is difficult for two populist and nationalist leaders, each of whom had promised ”Make in America”/”Make in India” as their goal. So, we have a combination of defence deals and minor adjustments from each side on the commercial side,” Pande said.