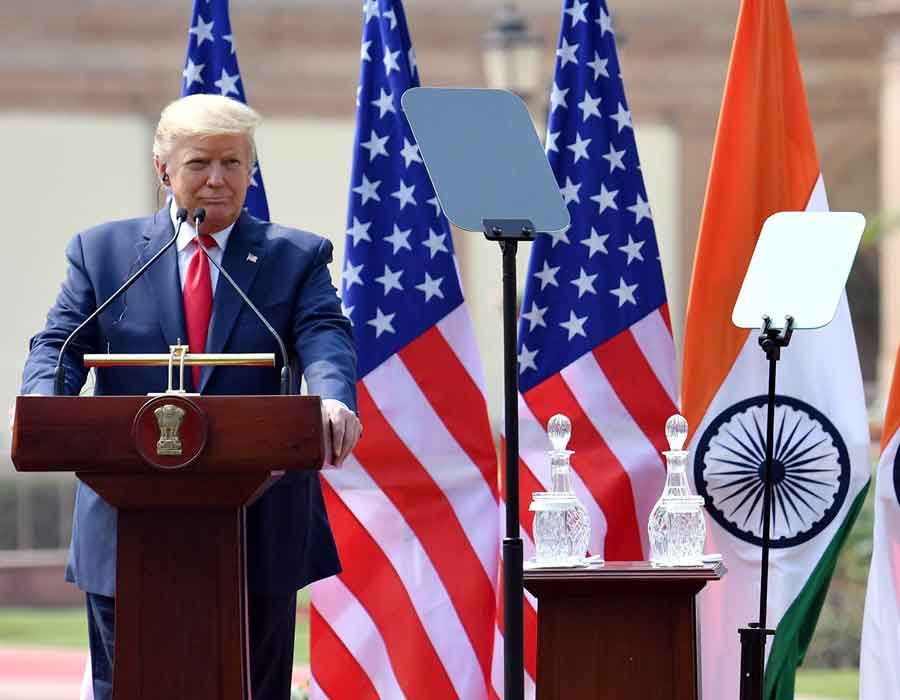 US President Donald Trump once again displayed his deep aversion to “radical Islamic terrorism” on Tuesday and asserted that both India and the United States were together in confronting this menace.

In a joint press briefing with PM Narendra Modi, Trump also targeted Imran Khan government on the issue of terrorism and said that the US was committed to “confront” terrorists operating from Pakistan’s soil.

“The two countries (India and US) agreed to protect their citizens from ‘radical Islamic terrorism’. The US is also working productively with Pakistan to confront terrorists who operate on its soil,” President Trump said.

President Trump raised the issue of “radical Islamic terrorism” on second consecutive day of his India visit. He had mentioned it during his speech at the “Namaste Trump” event at Motera Stadium in Ahmedabad on Monday.

President Trump’s statement on terrorists operating from Pakistan’s soil will be a huge embarrassment for Imran Khan and his ministers as they had expressed joy over Trump terming relationship with Pakistan “very good” and tried to take credit for what they thought was a positive change in Pakistan’s global image.

In a statement, Pakistan Foreign Minister Shah Mehmood Qureshi had said that Trump’s remark about Pakistan was “extraordinary and its importance cannot be denied”.

During the joint press briefing, both Trump and Modi expressed their resolve to cement US-India strategic partnership in all areas, ranging from defence to women empowerment.

Expressing satisfaction over the expanding defence cooperation between the two countries, Trump said that “India is to purchase more than $3 billion of advance American military equipment, Apache and MH60 Romeo helicopters, the finest in the world.”

Interestingly, President Trump also mentioned QUAD in his speech and said that India and the US were revitalising the QUAD initiative with Australia and Japan.

Trump added that the first ministerial meeting on QUAD was “so much more than a meeting” because they had agreed to cooperate on counter-terrorism, cyber security and maritime security for a free and open Indo-Pacific region.