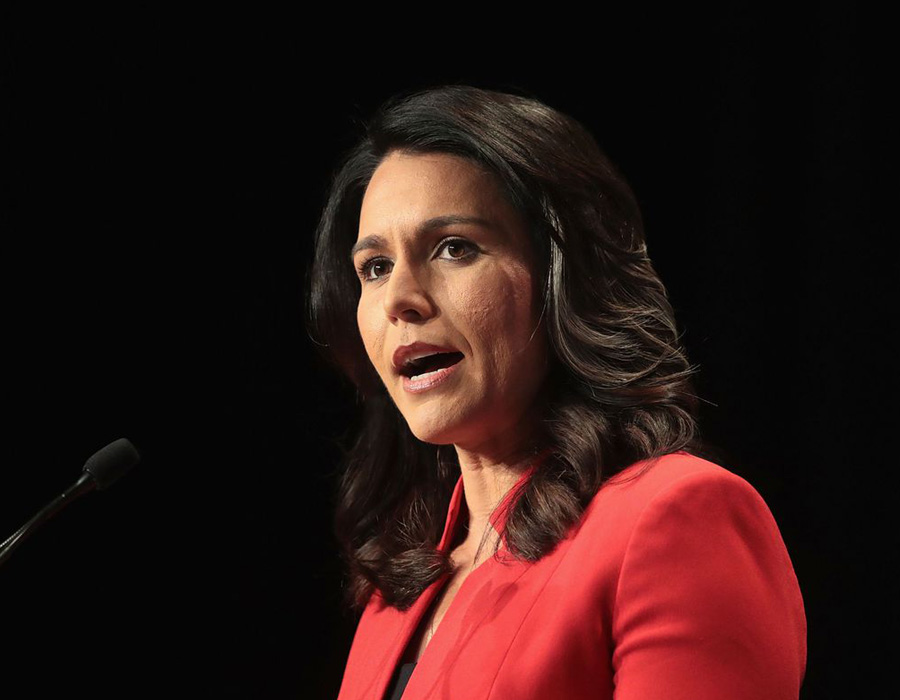 Democratic presidential candidate Tulsi Gabbard has slammed US media as well as American political leaders for fomenting what she called “Hinduphobia” in her country. Tulsi made these remarks in a tweet while referring to a Facebook post in which an Indian-American woman mentioned how she and her sister were asked by a Uber driver to get down after he got to know they were Indian Hindus.

The Uber driver first ranted about how “Hindus were killing Muslims in India and destroying mosques” and then got so angry that he stopped the car and asked them to get down. The driver calmed down only after the passengers threatened to call the police.

“Unfortunately, Hinduphobia is very real. I’ve experienced it directly in each of my campaigns for Congress & in this presidential race. Here’s just one example of what Hindus face every day in our country. Sadly, our political leaders & media not only tolerate it, but foment it,” Tulsi Gabbard tweeted.

According to the Facebook post, the Uber driver started yelling at the passengers after he came to know that they were Indian Hindus.

“you Hindus are killing Muslims in India and destroying mosques,” he alleged while referring to the recent communal riots in Northeast Delhi in which over 50 people, from both Hindu and Muslim community, lost their lives.

The passengers tried to reason with the driver and pointed out that both Hindus and Muslims were killed in these riots but the driver was not willing to listen to anything.

In her tweet, Tulsi Gabbard pointed out how she herself had to face “Hinduphobia” in the past during her campaign for the US Congress. Tulsi also added that she was facing it in the ongoing presidential campaign as well.