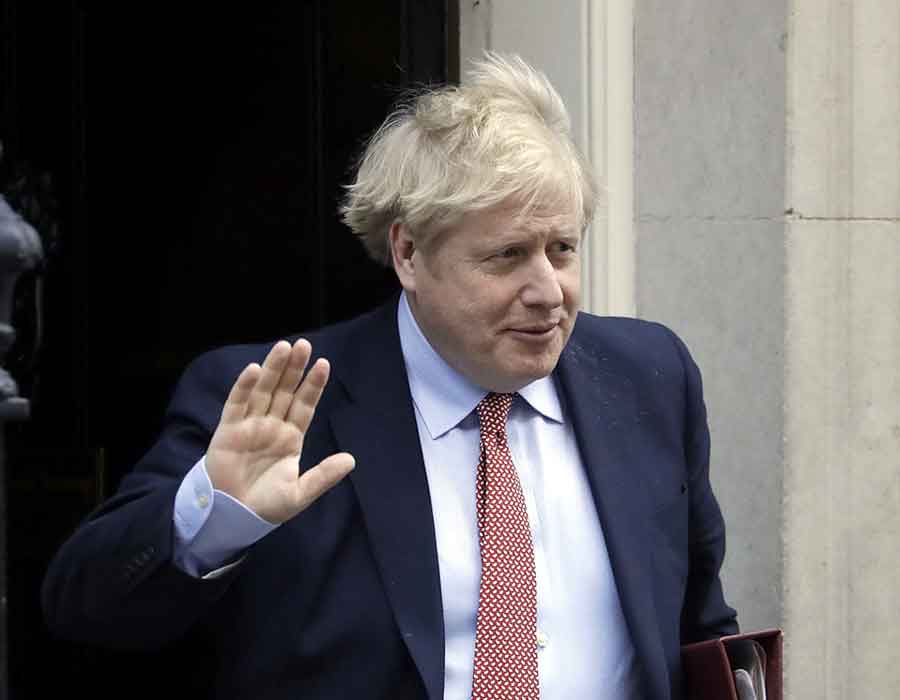 UK Prime Minister Boris Johnson was on Monday shifted to Intensive Care Unit(ICU) of hospital after his coronavirus symptoms “worsened”.

“The Prime Minister has been under the care of doctors at St Thomas’ Hospital in London, after being admitted with persistent symptoms of coronavirus,” the BBC quoted a Downing Street statement as saying on Monday night.

“Over the course of (Monday) afternoon, the condition of the Prime Minister has worsened and, on the advice of his medical team, he has been moved to the intensive care unit at the hospital.

“The Prime Minister is receiving excellent care, and thanks all NHS staff for their hard work and dedication.”

The Prime Minister, 55, was hospitalised with “persistent symptoms” on Sunday evening.

Johnson first announced that he had tested positive for COVID-19 on March 27, stating that he had “mild symptoms” of the virus.

His fiancee, Carrie Symonds, who is pregnant with the couple’s first child, said two days earlier that she was “on the mend” after spending the “past week in bed with the main symptoms of coronavirus”.

On Monday night, the Buckingham Palace said that Queen Elizabeth II has been kept informed about Johnson’s health by the Downing Street, the BBC report said.

Also on Monday, Raab, who will chair the government’s daily COVID-19 meeting, said there was an “incredibly strong team spirit” behind the Prime Minister.

The Foreign Secretary added that he and his colleagues were making sure they implemented plans that Johnson had instructed them to deliver “as soon as possible”.

“That’s the way we’ll bring the whole country through the coronavirus challenge,” the BBC quoted Raab as saying.

He stressed that the Prime Minister had been continuing to run the government from hospital.

Earlier in the day, Johnson tweeted that he was in “good spirits”.

“All the country’s thoughts are with the prime minister and his family during this incredibly difficult time,” he added.

US President Donald Trump said Americans “are all praying for his recovery”.

He described Johnson as “a very good friend of mine and a friend to our nation” who is “strong” and “doesn’t give up”.

Chancellor Rishi Sunak said his thoughts were with Johnson and Symonds, while Scotland’s First Minister Nicola Sturgeon said she was “sending every good wish”.

Johnson’s predecessor, Theresa May, and former Labour leader Jeremy Corbyn both said their thoughts were with him.

European Commission President Ursula von der Leyen also wished him a “speedy and full recovery”, and nd Mayor of London Sadiq Khan tweeted that St Thomas’ Hospital had “some of the finest medical staff in the world” and that the Prime Minister “couldn’t be in safer hands”.

The news about Johnson’s health came as the number of coronavirus hospital deaths in the UK reached 5,373 – an increase of 439 in a day.

The Department of Health and Social Care said there were now 51,608 confirmed coronavirus cases.