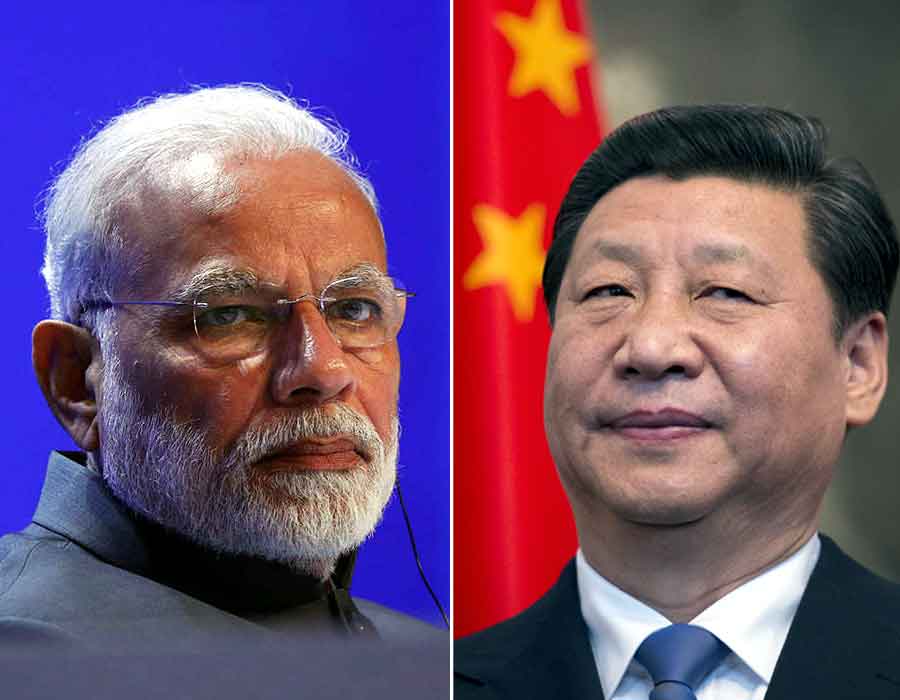 Tough days are ahead for Indian diplomacy and the leadership qualities of Prime Minister Narendra Modi and Foreign Minister Dr S Jaishankar will be put to scrutiny in coming months. From India’s perspective, its role is going to become crucial in international diplomacy as New Delhi would be holding two key positions very soon- chair of the World Health Organisation (WHO) Executive Board and membership of United Nations Security Council (UNSC).

India is set to be elected as the chair of WHO Executive Board by end of this month i.e. May 2020. It will also become a non-permanent member of the UNSC early next year. However, both these positions will come up with its own sets of challenges that will primarily revolve around China.

Since China’s dubious role in COVID-19 outbreak is under the scanner and the US is pressing for punitive action against Beijing, India, as head of WHO Executive Board, will face tremendous pressure from Washington and its allies for playing a pro-active role in investigating Xi Jinping dispensation’s deliberate attempt to hide information especially the contagious nature of COVID-19.

Similarly, as the UNSC member, India will have to counter China, a permanent member of the Security Council, which has been hostile to India’s interests including on the issues of Kashmir and Pakistan-backed terrorism. In addition to that, the United States will again expect India to side with it in its diplomatic offensives against China. And India will have the strenuous task of taking a call on how far it can go in openly joining hands with China’s adversaries.

However, the immediate challenge for India begins today i.e. May 18 when the meeting of the 73rd World Health Assembly (WHA) gets underway. The WHA is the governing body of the World Health Organization and is composed of health ministers from member states.

The WHA meet will be dominated by issues relating to COVID-19 pandemic. The member states will discuss the ways and means of checking its spread and saving more lives. A demand for an investigation into COVID-19 crisis and WHO’s controversial role and delayed response, allegedly at the behest of China, is dominating the agenda. 123 countries including India have called for “impartial, independent and comprehensive” probe into the COVID-19 crisis and sought an inquiry into the actions of the World Health Organization (WHO) and “their timelines pertaining to the COVID-19 pandemic.”

However, one issue that is set to be stormy is Taiwan’s participation in the WHA meeting. Taiwan has been knocking at the doors of WHA for “observer” status and it has enlisted the support of the US and its allies. At least four countries- US, Japan, Australia and New Zealand – have sent a formal request to the WHO Director-General to invite Taiwan as an observer. Many Caribbean and African states have also pledged support to Taiwan’s candidature for observer status at WHA meet. But the biggest opposition to Taiwan’s participation comes from China.

Why is China dead against Taiwan’s Participation in WHA meeting?

Well, China is fiercely opposing any invitation to Taiwan for WHA meeting. The reason is China does not recognise Taiwan as an independent country. Rather, it considers Taiwan to be one of its provinces. China asserts that only Beijing has the right to represent all of China, including Taiwan, at all international forums including UNO and WHO. China has been nudging other countries to follow its position on Taiwan by following what it calls “One-China” policy. Owing to its economic might and a permanent seat at the UNSC, most of the countries, including India, have been following the “one China policy” for a very long time. This is the reason why Taiwan has full diplomatic relations with just 15 out of 194 members of the WHO.

It’s not that Taiwan has never participated in WHA meetings. In fact, it was invited as an “observer” by the WHA in 2009 after the H1N1 epidemic. China did not object to Taiwan’s participation at that time as it enjoyed good relations with Taiwan’s Kuomintang (KMT) government headed by Ma Ying-jeou. However, China, even at that time, put out a condition that the invitation would be renewed annually with Beijing’s approval. Taiwan participated in WHA meetings from2009-16 under the name “Chinese Taipei”.

China withdrew its approval for Taiwan’s participation after the people of Taiwan elected Democratic Progressive Party (DPP) leader Tsai Ing-wen, a strong votary of “complete independence “from mainland China, as the president in 2016. After Tsai Ing-wen’s election, Taiwan has not been able to return to Taiwan.

Why is demand for Taiwan’s participation gaining widespread support?

Taiwan is getting support from every part of the world for participating at the WHA meeting. One of the main reasons behind this support is Taiwan’s exemplary handling of the COVID-9 pandemic. As on May 18, Taiwan has reported only 440 coronavirus cases, out of which 398 have already recovered and only 7 people have died.

Taiwan alerted its medical staff and ramped up the health infrastructure the moment reports of coronavirus cases surfaced in mainland China. It rigorously focused on testing and tracing with daily briefings by medical officials. Taiwan used all the knowledge it had gathered while tackling 2003 SAARS and the strategy clicked handsomely. Taiwan wants to share that experience with the rest of the world and a large number of countries are anxious to learn from Taipei’s success story and exchange views on what strategy to follow for conquering COVID-19 which is taking diabolical form in many parts of the world.

What is interesting is the fact that Taiwan achieved success in effectively handling COVID-19 outbreak without resorting to strict lockdowns that was followed by most countries in the world including China and India. Obviously, Taiwan has a lot to share with the world on how to combat the menace of coronavirus pandemic. However, China’s unreasonable and jingoistic obduracy is coming in the way of the world benefiting from Taipei’s experience.

There is another reason for growing support for Taiwan’s participation at WHA. Taiwan is a small country but it took the lead in offering support to many countries including US in battling the coronavirus pandemic. Taiwan sent 10 million masks to US, Europe, many states in the Caribbean, the Pacific and Africa for combating COVID-19. All these countries are overwhelmed by the compassion shown by Taiwan’s leadership and they want to reciprocate the gesture by pushing for Taipei’s presence at the WHA meeting.

The US launched a “Tweet for Taiwan” campaign after Secretary of State Mike Pompeo asked the State Department to “do its best to assist” Taiwan’s “appropriate role” in the WHO. Over 100 European parliamentarians have also come out in support of Taiwan’s participation at the WHA meeting.

Where does India stand on support to Taiwan?

Taiwan has always been overtly friendly to India despite the fact that New Delhi does not have a full-fledged diplomatic relationship with Taipei. Taiwan supplied around one million masks to India as a show of solidarity in the fight against COVID-19. Taiwan has expressed the hope that India will support its case for participation at the WHA. The question is- what should India do?

The WHO charter says that only member states can decide who will participate in WHA. Since China is vociferously opposing Taiwan’s participation as an observer, the issue may be put to vote for finding a solution. How would India exercise its vote?

Well, Beijing has been consistently reminding India of its commitment to follow “One China” policy. The irony is that China, on its part, has never cared to reciprocate by showing respect to India’s unity and integrity. The way China raised Kashmir at UNSC on the behest of Pakistan smacked of sheer hostility and opportunism. It’s time for India to pay back to China in the same coin.

Interestingly, the Chinese army transgressed into Indian territory recently in Ladakh and Sikkim areas that culminated in their physical confrontation with Indian soldiers. Beijing perhaps tried to give a signal to New Delhi that borders will be heated up if India decides to deviate from “One China” policy. Should India capitulate to such blackmailing tactics?

The answer is a firm NO. New Delhi should not surrender to such arm twisting and deplorable attempt to browbeat India. This is not 1962 and let there be no confusion that Indian forces are ready to foil any nefarious design of the dragon which uses deceit and duplicity as the state policy.

By any yardstick, Taiwan deserves to be given a seat at the WHA meeting, at least as an observer. It’ll only boost the efforts of the world community to trounce COVID-19 and return to the normal life at the earliest.

India has always sided with the truth and resisted the hegemonistic agenda of imperialistic forces. And, this is what makes it imperative for India to support the demand for reinstating Taiwan’s observer status at WHA.