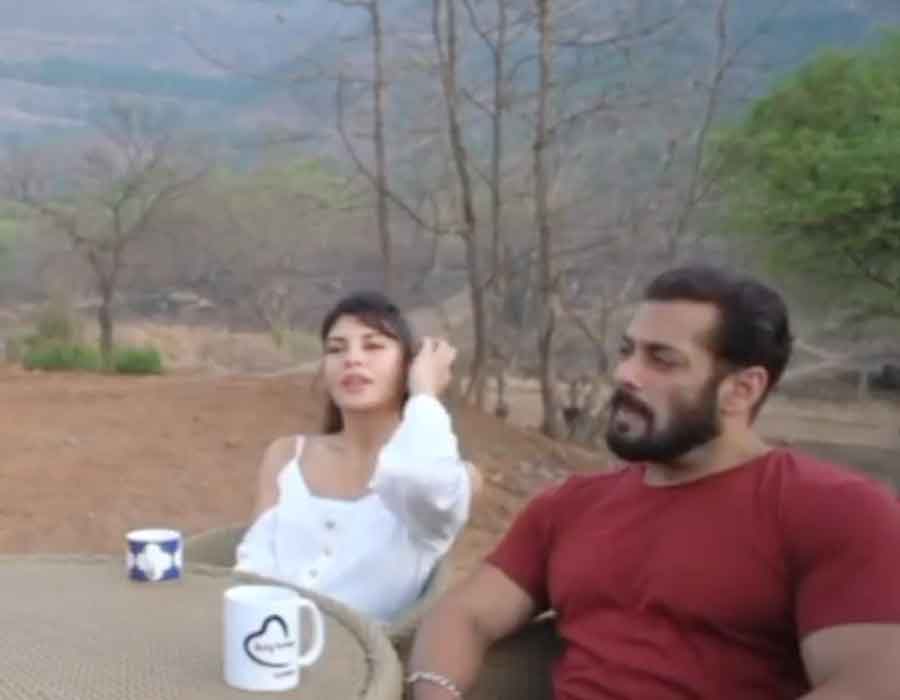 Bollywood superstar Salman Khan has shot an entire song at his Panvel farmhouse with Jacqueline Fernandez during the ongoing lockdown.

Salman and Jacqueline revealed details about the song, titled “Tere bina”, in an Instagram chat to Waluscha De Sousa.

The song that was shot over four days, is his “cheapest production” till date, revealed Salman.

“Gaana mere zehen mein tha (I already had the song in mind), so I thought of releasing it at this time,” he said.

Salman added that has learnt a lot while shooting during the lockdown.

“It’s a learning experience that three people can very easily shoot a song. We didn’t need any make-up artist, hair stylist,” he said.

However, it was not easy to edit the track.

“Things were slow. Everyone’s using wifi, so internet speed was so slow that it took us 24 to 36 hours to download some files. Everything went back and forth about 70 to 80 times. Finally, we got our edit, our teaser,” Salman shared.

Salman recently came up with “Pyaar karona”, a song aimed at cheering up people amid the coronavirus lockdown.