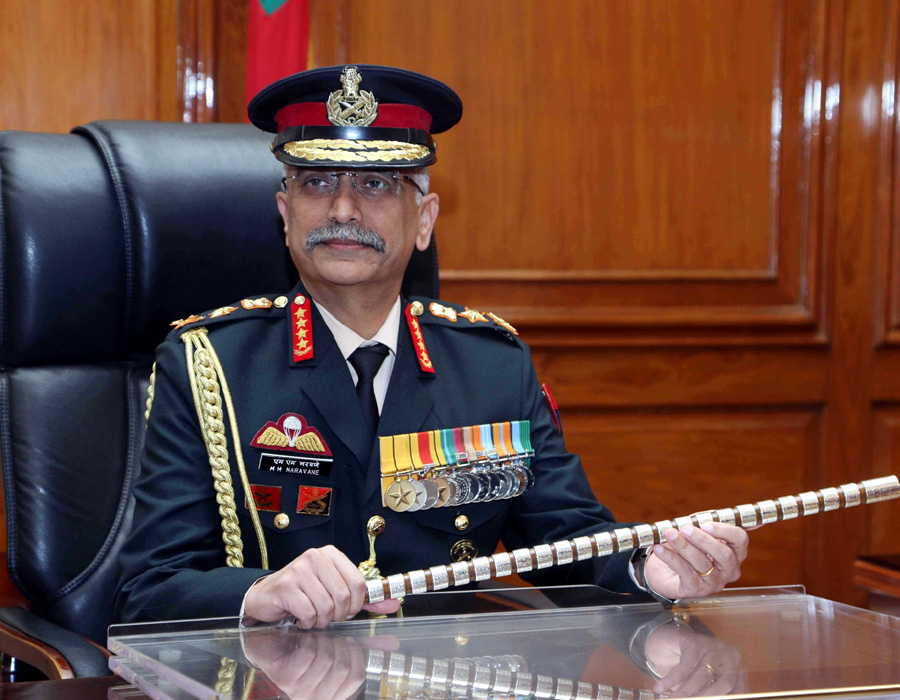 Indian Army Chief M.M. Naravane on Wednesday asserted that the abrogation of Article 370 was a historic step and it will help Jammu and Kashmir integrate with mainstream India.

“Article 370 abrogation has disrupted proxy war by our western neighbour,” says Army Chief on the occasion of Indian Army Day.

General Naravane also said, “We have zero-tolerance towards terrorism. We have many options to counter those who promote terror, will not hesitate to use them.”

He asserted: “We will respond in equal measure.”

General Naravane also conferred medals to the jawans at the Parade ground in Delhi Cantonment area.

During the occasion, a woman Indian Army Captain Tanya Shergill, who is from the fourth generation Indian Army family, led an all-men parade at the event.

President Kovind said: “On Army Day, greetings to the valiant men and women of the Indian Army, to veterans and to their families. You are our nation’s pride, the sentinels of our liberty. Your immense sacrifice has secured our sovereignty, brought glory to our nation and protected our people. Jai Hind!”

Modi hailed the Army for its valour and professionalism. “It is also respected for its humanitarian spirit. Whenever people have needed help, our Army has risen to the occasion and done everything possible! Proud of our Army,” Modi tweeted.

The Defence Minister said, “On Army Day today, I salute all valiant Indian Army personnel and recall with pride their indomitable spirit, valour and sacrifices in making India a safer place.”