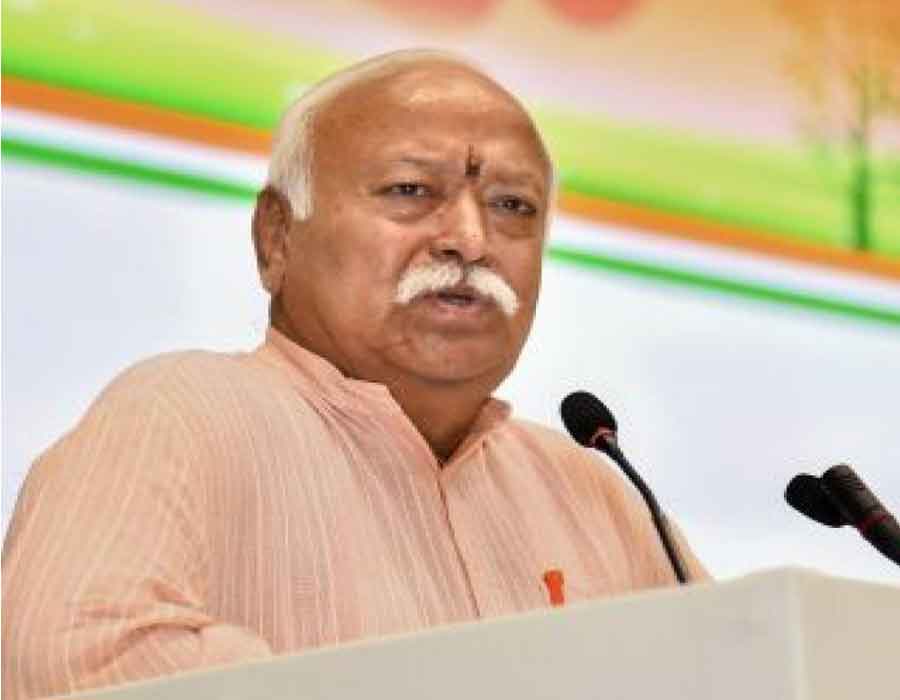 RSS chief Mohan Bhagwat on Thursday said people should desist from using the word “nationalism” as it has connotations of “Hitler and Nazism”.

“Do not use the word ‘Nationalism’. Use ‘National’, ‘Nationality’, ‘Nation’. The meaning of ‘Nationalism’ is Hitler, Nazism and Fascism. The aim of the Sangh is to boost the feeling of patriotism and feeling of Hinduism,” said Bhagwat at an RSS programme in Ranchi. He is here for a five-day RSS event.

He said “The aim of Sangh is nothing more than uniting the Hindu society. It does not mean that Sangh interferes in federal system of the country. The Swayamsevaks are dedicated to their aim. By feeling proud of the culture of our country we have to work to take the country to new heights. We have to make India a world ‘Guru’.”

“Sangh does not want to become big for itself and same is the case with India. Many countries which became too big met their downfall. In today’s world the superpowers use the world’s resources for themselves and try to impose their will on other countries. The scholars feel that any country becoming big is not good for the world.”

“When India has become big then it has served the interest of the world. Today the world needs us. It is not that India will become world Guru by speeches of Sangh. No one will say thank you in making of the country. The country gives us everything and we should learn that we also have to contribute for the country,” said Bhagwat.