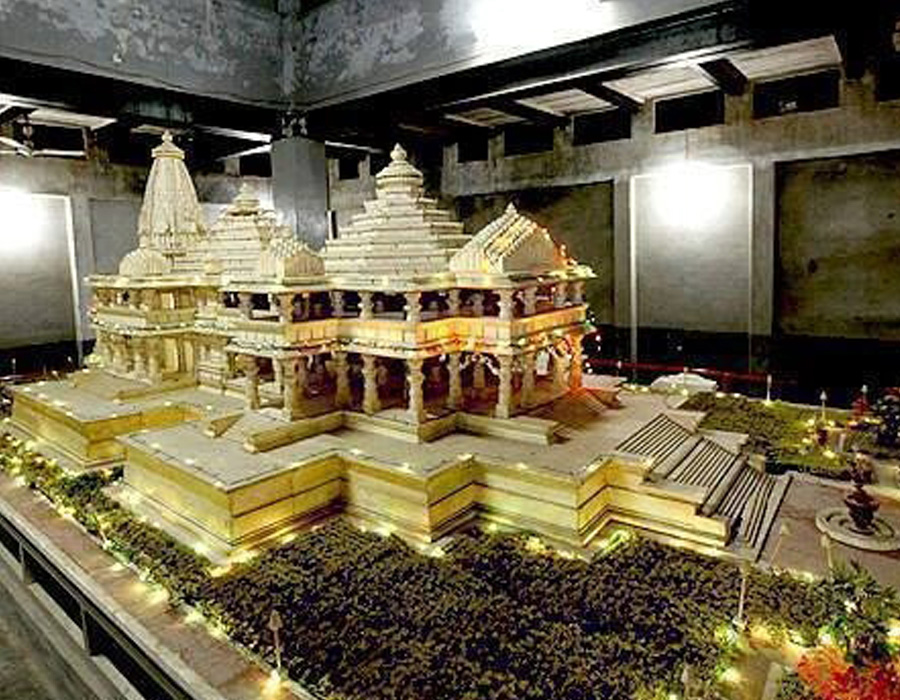 The work on the grand Ram Temple in Ayodhya will begin from June 10 after an elaborate ”Rudra Abhishek” ceremony. The ceremony, to be held at the Kuber Tila temple, will be attended by a limited number of persons only.

In view of the corona crisis, plans to hold a grand “bhumi pujan” ceremony has been put off for now.

“We will be following the tradition of Lord Rama by offering prayers first to Lord Shiva,” he said.

Triloki Nath Pandey, ”best friend” of Ram Lalla, said that there is an ancient temple of Lord Shiva on the Kuber Tila. The prayers would be held at the same temple at 8 a.m. on June 10.

He said that the special prayers would be performed by Mahant Kamal Nayan Das along with other priests on behalf of Ram Mandir Trust president. The ceremony would last about two hours, he added.

Meanwhile, devotees will finally be able to offer prayers to Lord Ram as the temporary temple at the Ram Janmabhoomi will open on Monday after a gap of 77 days.

The devotees will have to wear masks and maintain social distancing. Only five persons will be allowed to enter the premises at a time and the Covid-19 protocols will be followed.

“The devotees can have darshan of Ram Lalla from a distance of 15 metres. No prasad is allowed, so neither can devotees offer prasad to the deity nor they will be given any prasad by the priests,” he added.

COVID-19 fallout: US President Donald Trump announces termination of relationship with WHO | 5 points