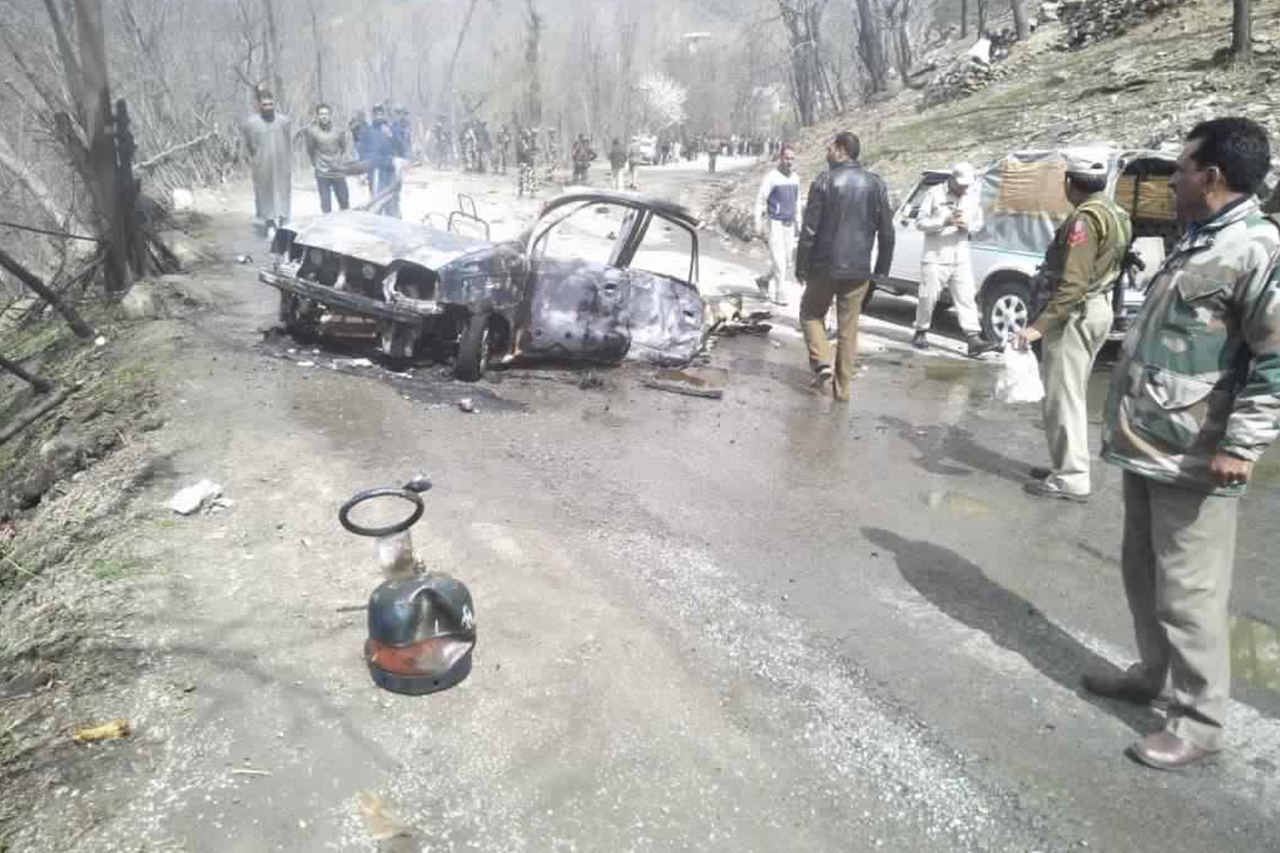 The Central Reserve Police Force (CRPF) said the blast took place when a CRPF convoy was on the move on the highway.

An explosion destroyed a car on the Jammu-Srinagar highway in Jammu and Kashmir’s Banihal district on Saturday, sparking panic and slightly damaging one of the CRPF vehicles moving as part of a convoy, authorities said.

The police said the explosion occurred inside a private car at Tethar area of the highway near Bannihal town around 10.30 a.m., destroying the vehicle.

“The explosion appears to have been caused by a gas cylinder inside the car but this is based on preliminary examination of the car’s wreckage,” a police officer said.

The Central Reserve Police Force (CRPF) said the blast took place when a CRPF convoy was on the move on the highway.

“The car caught fire and slight damage was caused to the rear of one of the CRPF vehicles. No injuries were caused to CRPF personnel. The incident is being investigated,” the CRPF said in a statement.

Police said that the car driver, the lone occupant, had escaped. Officials said a hunt had been launched to arrest him.

Police confirmed there was no loss of life in the incident.

On February 14, a suicide bomber devastated a CRPF vehicle at Pulwama, killing 40 troopers. The attack was claimed by the Pakistan-based Jaish-e-Mohammed (JeM) terrorist group.

Authorities had then decided not to allow any civilian vehicular movement on the highway when convoys of the Army and security forces move on it.

It wasn’t clear how the car came on to the highway when the CRPF convoy was on the move on Saturday.