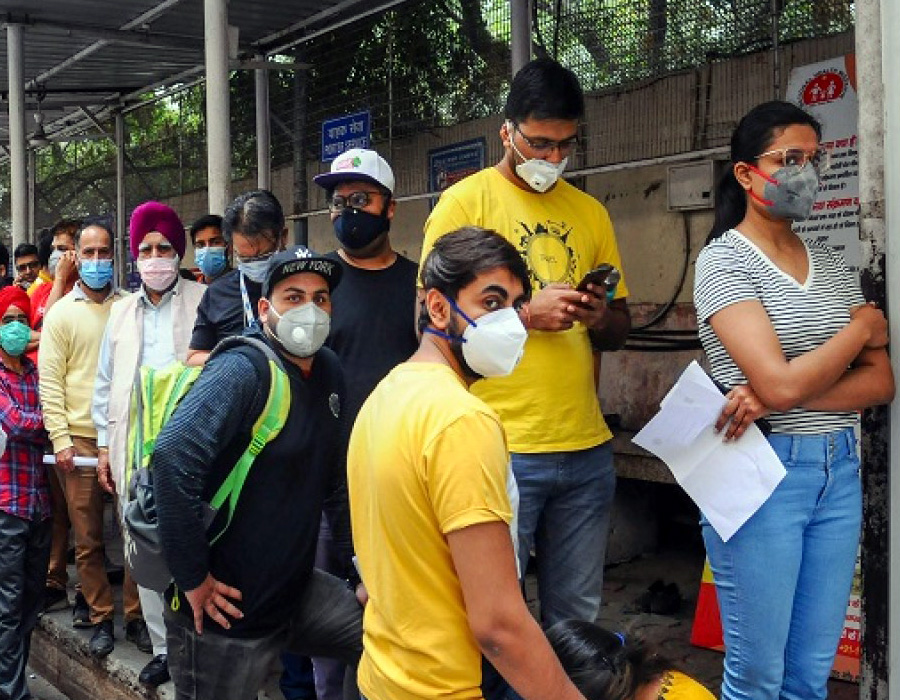 Further tightening the measures to check the spread of the coronavirus, the Union government on Monday decided to suspend all domestic passenger flights in the country from March 25. The new restriction, however, will not apply to cargo flights. Earlier, the government had banned all international flights for a week from Sunday.

“The operations of domestic schedule commercial airlines shall cease with effect from the midnight that is 23.59 hours IST (Indian Standard Time) on March 24, 2020,” a ministry spokesperson said.

“Airlines have to plan operations so as to land at their destinations before 23.59 hours on March 24, 2020,” the spokesperson added.

Maharashtra, Punjab impose curfew; most of India under lockdown

Meanwhile, the state governments in Maharashtra and Punjab imposed state-wide curfew on Monday, as most of India huddled in lockdown in desperate measures to curtail the spread of fast-spreading COVID-19, which has infected over 450 people in the country so far. Around 80 cities of India have been put under lockdown so far.

In Punjab, after reviewing the situation with the Chief Secretary and the DGP, CM Captain Amarinder Singh announced a full curfew with no relaxations. According to officials, the curfew was imposed in the state as people were still coming out in large numbers despite the state being under lockdown.

We are going through a crisis, we must all cooperate as a family so that no one gets this disease. Police have been fully empowered to enforce the curfew and if anyone is caught violating it then they will be treated with legal mechanism,” Captain Amarinder Singh said.

The virus, which originated from China’s Wuhan nearly three months ago, has claimed over 15,000 lives globally and infected nearly 3.5 lakh people so far.

Maharashtra Chief Minister Uddhav Thackeray also said curfew will be imposed in the entire state from Monday midnight as the fight against coronavirus has reached a “turning point”. The next few days would be crucial, he said, adding that crowds will not be tolerated in public places and action would be taken against those violating the government’s guidelines.

He, however, assured that all essential services will remain open during the time of curfew.

“We will be enforcing curfew in the entire state from Monday midnight. We have come to a turning point in our battle against the COVID-19 outbreak. The next few days would be extremely important. We are also sealing borders of all districts to check the spread of coronavirus,” he said.

“We will not tolerate crowd in public places at any cost. Except in case of an emergency, no one will be allowed to roam on the streets. If these guidelines are violated, people will face legal action,” Thackeray added.

The Ministry of Finance has extended the deadlines for filing returns of goods and services tax (GST) in view of the coronavirus crisis and difficulties faced by taxpayers in meeting the compliance norms.

The due date for filing return in FORM GSTR-3B for February by all registered persons has been extended to April 7, 2020.

A statement by the Central Board of Direct Taxes said that it has been decided to “extend the due date of filing the annual return in FORM GSTR-9 and reconciliation statement for financial year 2018-19 from March 31 to June 30, 2020”.

The government has also decided to extend the due date for opting for composition scheme from March 31 to April 7.

Several industry players and chambers were seeking extension in deadline to file returns as the coronavirus outbreak had brought normal life and operations of almost all sectors of the economy to a standstill, which would have a severe financial impact.

The Centre and regulatory authorities have announced several compliance relaxations in the past few days for companies and individuals.

Market analysts have also suggested that there may be a sharp drop in GST collections in March and April due to lockdown across several states in the country. In February, gross GST revenue collection stayed above the Rs 1 lakh crore mark for the fourth consecutive month, at Rs 1.05 lakh crore.

Several states, including Delhi, have announced lockdowns to control the spread of novel coronavirus, and these developments would take a toll on the finances of various sectors of the economy, including restaurants.

As many as 415 people have been tested coronavirus positive in India and so far, with seven deaths.

The Lucknow police are now frantically searching for a Mumbai based entrepreneur, Ojas Desai, who was present with singer Kanika Kapoor at Hotel Taj and left the city on March 16.

While the police have tracked over 260 people who interacted with the singer but Ojas Desai has remained untraceable.

Chief Medical Officer (CMO) Dr Narendra Agarwal said that they had been trying to track down Desai but did not have his exact address in Mumbai or his whereabouts.

The singer is in quarantine and cannot be questioned at this time, he added.

The Hotel Taj, however, has sent 11 of its employees who interacted with Kanika during her two day stay at the hotel into quarantine. “We are keeping close watch on their health and necessary checks are being done,” said a hotel official.

The Hotel Taj has been shut down by the Lucknow administration after it was found that the singer had stayed there.

Meanwhile, the Sanjay Gandhi Post Graduate Institute of Medical Sciences (SGPGIMS) where Kanika is presently admitted, has said that her second test on Sunday also showed that she is Coronavirus positive.

SGPGIMS director Prof R.K. Dhiman said that the singer was doing well otherwise but would remain in hospital until she tested negative for the virus.