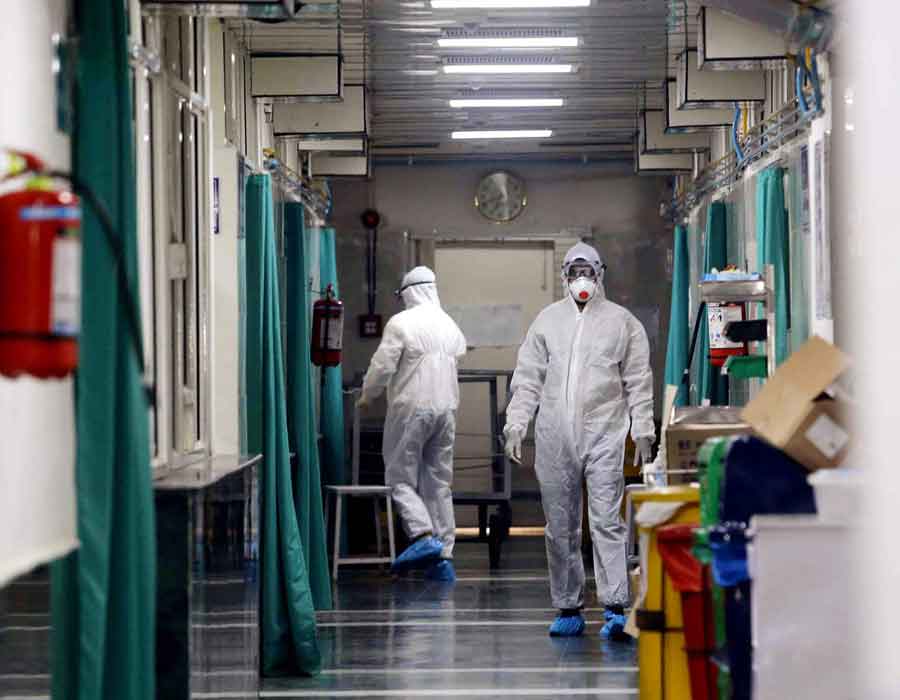 The total tally of coronavirus cases in India crossed the 1,000 mark on Sunday to reach 1,024, with Delhi saw spike of 23 cases in a single day, according to the Union Health Ministry.

According the Ministry, out of this, 901 are active cases, 95 people have recovered from the disease and 27 have lost their lives, while one patient migrated to another country.

Delhi saw a spike in the case with 23 new cases have been reported in the national capital, taking the total to 72. Out of this, two have died, one has migrated and give have been discharged.

Delhi has sent 2,049 samples for the test and received results of 1,680 while the remaining 369 test results are awaited.

In Maharashtra, which is one of the worst affected states, the current breakdown is Mumbai 85, Pune 37, Sangli 25, Thane 23, Nagpur 14, Ahmednagar five, Yavatmal four, Satara two, and one each in Ratnagiri, Aurangabad, Sindhudurg, Kolhapur, Gondiya, Buldhana and Jalgaon, besides one from Gujarat.

Eight of the patients have died so far.

Bollywood singer Kanika Kapoor has tested positive for Coronavirus for the fourth consecutive time, causing considerable concern to her family.

Kanika, who was hospitalized on March 20 after she tested positive for Coronavirus, had returned form London on March 9 and then travelled to Kanpur and Lucknow and during her stay she developed cough and fever.

After she tested positive, she was slammed by the media for attending parties and spreading the virus though none of those who came into contact with her tested positive.

Kanika, who is presently admitted to the Sanjay Gandhi Post Graduate Institute of Medical Sciences (SGPGIMS), was also criticized by the hospital administration for her ‘starry behaviour’.

Meanwhile, one of her family member who did not wish to be named, said, “We are now worried over the test reports. It seems that Kanika is not responding to treatment and in this lockdown, we cannot even airlift her for advanced treatment. We can only pray for her recovery.”

Doctors at the SGPGIMS, however, said that the singer’s condition was stable.

UP govt orders quarantine for those returning home

The Uttar Pradesh government has ordered quarantine for approximately one lakh people who have arrived in the state from other parts of the country in the last three days.

According to a statement issued by the state government, Yogi Adityanath said that in the last three days, one lakh people have come to UP from other states.

Their names, addresses and phone numbers have been made available to the district magistrates and they are being closely monitored.

The Chief Minister also issued directives that these people be kept in quarantine and arrangements for their food and other daily needs be fulfilled.

The state government is asking village heads, ASHA workers and other quasi-government officials to track down those who have come back in reverse migration and report to the police if they do not remain quarantined.