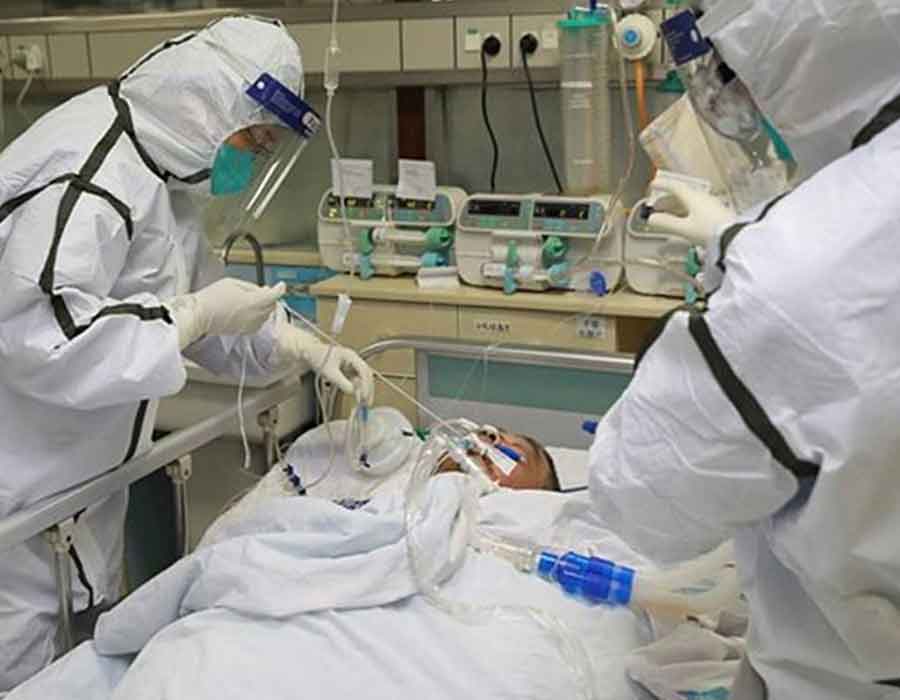 Union Cabinet Secretary Rajiv Gauba has flatly denied a media report that claimed the Union government may further extend the 21-day lockdown by a week.

In a tweet, India’s public broadcaster Prasar Bharati News Service (PBNS) said that the Cabinet Secretary Rajiv Gauba has denied the existence of any such plan.

Earlier, news portal ‘The Print’ had claimed in a report that the government could extend the coronavirus lockdown by a week.

On March 24, Prime Minister Narendra Modi had announced a countrywide lockdown from March 25 for a period of 3 weeks. A day prior to the announcement, the countrymen had voluntarily observed Janta Curfew on March 23 in response to PM Modi’s appeal for the same to acknowledge the contribution of the doctors and other medical staff who were at the forefront of the fight against the coronavirus.

Meanwhile, the total number of coronavirus cases in the country rose to 1071 on Sunday out of which 29 people have died so far.

The Delhi government on Monday has directed the police to register an FIR against Maulana Saad Kandalwi of Nizamuddin Markaz after several cases of suspected coronavirus were found in the Nizamuddin area.

The Maulana has been accused of organising a Tablighi Jamaat congregation in the area, even as the lockdown was announced, thus flouting the social distancing norms.

According to media reports, when the 21-day nationwide lockdown was announced, there were thousands of persons present inside the Tablighi Jamaat’s international headquarters in southwest Delhi.

The Delhi government said the lockdown was imposed in the entire country from March 24 midnight, and “it was the duty of every owner and administrator of every hotel, guesthouse, hostel and similar establishment to maintain social distancing. It looks like social distancing and quarantine protocols were not practised here”.

The government said now it has come to the knowledge that the organisers violated these conditions and several cases of corona positive patients have been found here.

“Strong action would be taken against those in charge of this establishment. By this gross act of negligence, many lives have been endangered. It was the responsibility of every citizen to proactively avoid such gathering of people during the lockdown and this is nothing but a criminal act.”

An FIR against the Maulana, in his early 50s, has been directed, it said.

The Delhi government added that after the Centre informed them about the first positive patient and requested assistance, “we moved all symptomatic patients to our medical facilities and as a safety precaution, all non-symptomatic contacts have been moved to the quarantine centres”.

Over 100 people have been tested for Coronavirus and reports are awaited.

This is the largest single group being tested for Covid-19, which is transmitted easily from person to person.

Suhas LY, a 2007 batch IAS officer, has been made the new District Magistrate of Noida. He will replace B.N. Singh who has been sent to the Board of Revenue.

Singh was removed after Uttar Pradesh Chief Minister Yogi Adityanath gave him a dressing down during a review meeting in Noida on Monday. The Chief Minister was particularly angry over the lapse made by Singh in management of the coronavirus crisis.

Noida has so far reported the maximum number of positive coronavirus cases at 38.

As a video clip of the Chief Minister mounting a scathing attack on Singh went viral on social media, the latter sent a letter to the UP Chief Secretary seeking a three-month leave.

The letter was reportedly leaked to the media by Singh.

According to media reports, the Chief Minister has now instituted an inquiry against Singh before any action is taken against him.