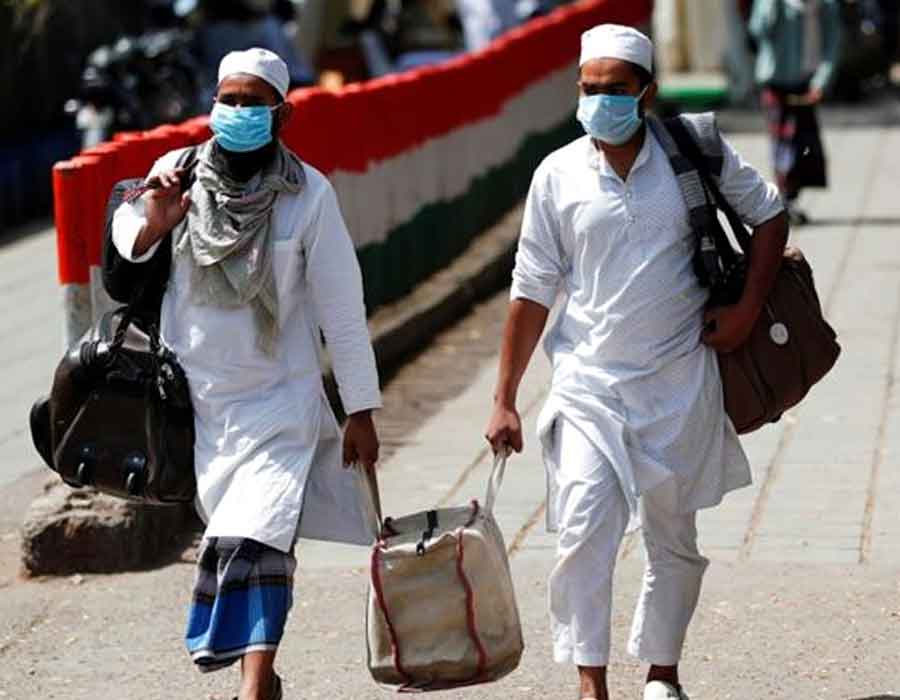 The Union Home Ministry has asked all states and UTs to screen Rohingya Muslims living in their jurisdiction for Covid-19 as many of them had attended the Tablighi Jamaat congregation in Delhi’s Nizamuddin, officials said on Friday.

In a communication to Chief Secretaries and DGPs, the ministry said there have been reports that several Rohingya Muslims have attended ‘Ijtemas’ and other religious congregations of Tablighi Jamaat and there is a possibility of their contracting Covid-19.

The ministry said the Rohingyas residing in camps in Hyderabad had attended Tablighi Jamaat ‘Ijtema’ at Haryana’s Mewat, and had also attended the meet at national capital’s Nizamuddin.

Similarly, Rohingyas living in Delhi’s Shram Vihar and Shaheen Bagh localities who had gone for Tablighi Jamaat activities, have not returned to their camps, it said.

There are also reports from Derabassi, Punjab, and Jammu area of Jammu and Kashmir about the presence of Rohingya Muslims, who have come there after working for Tablighi Jamaat, the ministry said.

“Therefore, Rohingya Muslims and their contacts may need to be screened for COVID-19. Accordingly, necessary measures may be taken in this regard on priority,” the communication said.