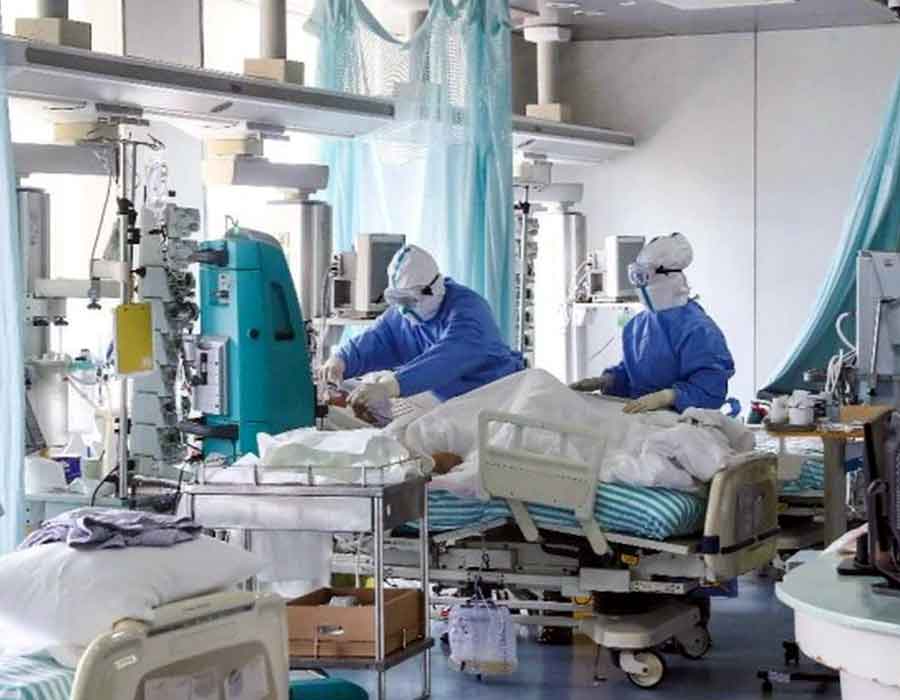 The Union Health Ministry said on Saturday that 4,291 or about 30 per cent of coronavirus cases in the country have been traced to the Tablighi Jamaat religious congregation held in Delhis Nizamuddin area last month, out the total 14,378 cases in India.

In Delhi, 63 per cent of the reported 1,707 cases are linked to the same gathering.

Lav Agarwal, Joint Secretary at the Health Ministry, said that 4,291 coronavirus cases are epidemiologically linked to the Nizamuddin Markaz event.

“These cases are spread across 23 states and Union Territories, which include most of the high degree burden cases — Tamil Nadu has 84 per cent cases, Delhi 63 per cent, Assam 91 per cent, Uttar Pradesh 59 per cent, Telangana 79 per cent, Andhra Pradesh 61 per cent and Andaman & Nicobar 83 per cent,” said Agarwal.

Nearly 40,000 people related to the Nizamuddin event have already been quarantined.

The total number of confirmed cases in India is 14,378, while 1,991 have been cured and 480 people have succumbed to the dreaded virus. There are 11,906 active cases in the country.

“If lockdown and social distancing norms are not followed, then the entire country would have to face the consequences,” said Agarwal.

The 22 districts are — Lakhisarai, Gopalganj, Bhagalpur in Bihar; Dholpur and Udaipur in Rajasthan; Pulwama in J&K; Thoubal in Manipur; Chitradurga in Karnataka; Hoshiarpur in Punjab; Rohtak and CharkhiDadri in Haryana; Lohit in Arunachal Pradesh; Bhardak and Puri in Odisha; Karimganj, Golaghta, Kamrup Rural, Nalbari and South Salmara in Assam; Jalpaiguri and Kalimpong in West Bengal; and Vishakapatnam in Andhra Pradesh.

At least 26 members of an extended family living in Jahangirpuri in Delhi have tested positive for coronavirus.

The members of the extended family live in different houses in Jahangirpuri’s area that’s already declared a corona hotspot by the Delhi government and sealed.

Health officials have since started an intensive check-up drive in the area even as it is still not known how the family came to be infected.

Those living in the family’s neighbourhood were also being tested for coronavirus.

Kejriwal said that people in the area kept on roaming the streets and bylanes despite authorities sealing the area. He said that some even visited their relatives living nearby.

Kejriwal appealed to the people to strictly observe the lockdown guidelines and venture out of house only if necessary. He said that the area has since been sanitised.

The Union Health Ministry on Saturday said 83 per cent of coronavirus cases had comorbidities and 75.3 per cent people who succumbed to the viral infection are above 60 years.

The mortality rate due to COVID-19 in India is around 3.3 per cent and research on side effects of hydroxychloroquine (HCQ) is underway, said the ministry.

Lav Agarwal, Joint Secretary Health Ministry, said the mortality rate due to COVID-19 in the country is around 3.3 per cent and 83% cases had comorbidities.

Indian Council of Medical Research (ICMR), Dr Raman R Gangakhedkar, senior Scientist of the Epidemiology and Communicable Diseases-I (ECD-I), responding to a query on the HCQ side-effects said it has conducted cohort study and no trial study yet, as evidence base to conduct the trial is not available.

The study on HCQ requires enrollment of at least 480 patients and it will require a minimum 8 weeks or maybe two-and-a-half months. “During the lockdown period, it is difficult to work on the study. Therefore, we launched another study where healthcare started taking HCQ, as they heard the study on this is about to begin. The average of these people was 35 years. The most prominent side-effect noticed was abdominal pain, nearly 10 per cent. Nearly 6 per cent reported nausea. The other people were found in less proportion – the percentage of people who suffered hypoglycemia was 1.3 percent”, said Gangakhedkar.

He added that 22 per cent of these healthcare workers had diabetes, blood pressure, respiratory illness and coronary vascular disease.

“Nearly 14% people despite being healthcare workers did not do ECG; and AIIMS is conducting study on HCQ, both therapeutic and prophylactic”, Gangakhedkar added.

Amid row, Assam not to use PPE kits imported from China

Amid a controversy in Assam, the state government would not, for now, use the 50,000 PPE kits that it imported from China, state Health Minister Himanta Biswa Sarma said on Saturday.

Assam was the first state in India which directly ordered the PPE (Personal Protective Equipment) kits from China and a private cargo flight from the port city of Guangzhou carrying the kits had landed at Guwahati airport on April 15 night.

The consignment was received in the Lokpriya Gopinath Bordoloi International (LGBI) Airport at Guwahati by Sarma who was accompanied by his deputy Pijush Hazarika.

While addressing media on Saturday in Guwahati, the Health Minister said some people had raised a controversy over the quality of the Chinese PPE kits and some people came out with social media posts that the Defence Research and Development Organisation had rejected the 50,000 Chinese kits, thereby giving an impression these were our kits.”

In view of the controversy, the state health department for the time being would not be using the Chinese kits. The DRDO officially issued a statement saying it is only testing the imported kits, said the minister, expressing his annoyance over the issue.

Sarma said when the Assam government ordered the Chinese PPE kits, Assam had only about 2,000 kits and subsequently the state health department had procured 1,50,000 kits from various Indian states.

“Due to the controversy, doctors and nurses of Assam also became confused. So, we decided that as we have enough stocks of Indian PPE kits, we would use them now.”

The Health Minister also said that the state government has not released any money against the consignment. “We requested the private party who brought the 50,000 kits from China to keep them at their store in Guwahati. We said we would take those only when we need them. We don’t want our doctors and nurses to go through any anxiety,” Sarma said.

“For now, we want to maintain the status quo. The kits are in Assam and in our comfort zone. When the doctors are satisfied and we face a crisis, only then they would use those gears. We would not pressure our doctors and nurses,” the Minister stated.

India had ordered 15 million PPE gears besides testing kits from China, according to India’s Ambassador in Beijing Vikram Misri. The orders have been placed by several state governments and both public and private health sector.

Misri had said that India planned to procure three million Covid-19 testing kits, half of which have already been delivered by China. India’s current target is to produce and procure a total of 17 million PPE sets and thousands of ventilators to fight the coronavirus pandemic in the country.