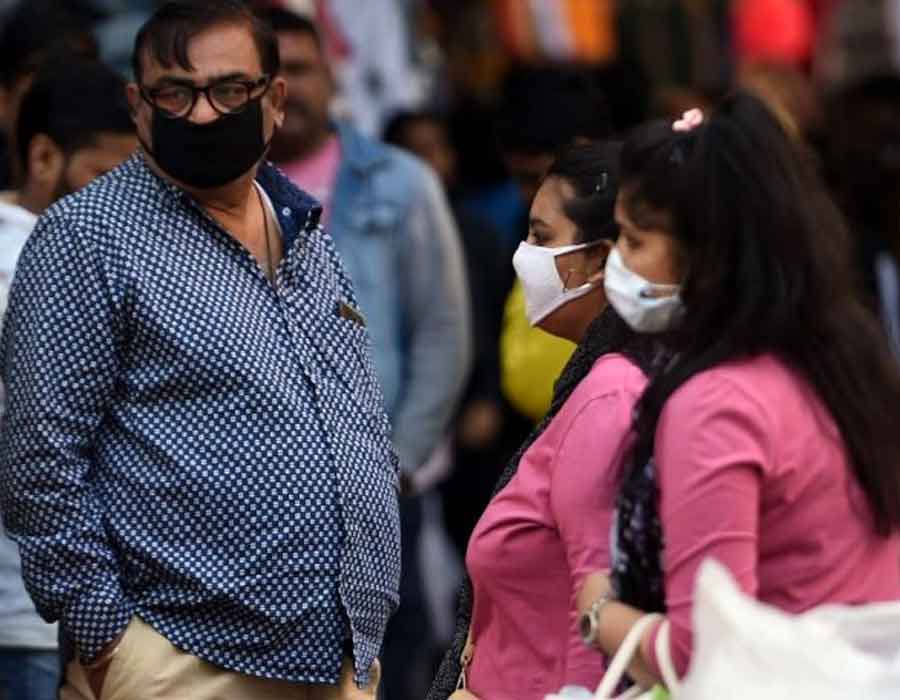 As much as 45 per cent of people infected by the novel coronavirus behind the ongoing Covid-19 pandemic never show symptoms of the disease, according to a review of studies which suggests that the virus may silently damage the bodies of these asymptotic individuals. Scientists, including Eric Topol from the Scripps Research Translational Institute in the US, analysed public datasets on asymptomatic infections of the novel coronavirus, SARS-CoV-2.

The findings, published in the journal Annals of Internal Medicine, suggested that asymptomatic people may account for approximately 40 to 45 per cent of SARS-CoV-2 infections, playing a significant role in the spread of the disease. Based on the study, the scientists highlighted the need for expansive testing and contact tracing of infected individuals to mitigate the pandemic.

“The silent spread of the virus makes it all the more challenging to control,” said Topol, founder and director of the Scripps Research Translational Institute and professor of Molecular Medicine at Scripps Research. “Our review really highlights the importance of testing. It’s clear that with such a high asymptomatic rate, we need to cast a very wide net, otherwise the virus will continue to evade us,” he added.

In the study, Topol and his team collected information from testing studies on 16 diverse cohorts from around the world. The scientists noted in a statement that these datasets were gathered via keyword searches of PubMed, bioRxiv and medRxiv, as well as Google searches of relevant news reports.

“What virtually all of them had in common was that a very large proportion of infected individuals had no symptoms,” said Daniel Oran, another co-author of the study. “Among more than 3,000 prison inmates in four states who tested positive for the coronavirus, the figure was astronomical — 96 percent asymptomatic,” Oran said.

According to the review research, asymptomatic individuals are able to transmit the virus for an extended period of time, perhaps longer than 14 days. The scientists noted that the viral loads are very similar in people with or without symptoms, but it remains unclear whether their infectiousness is of the same magnitude. To resolve that issue, they said, large-scale studies that include sufficient numbers of asymptomatic people are needed.

The absence of symptoms may not imply an absence of harm, the researchers concluded. Citing an example, they said CT scans conducted on asymptomatic individuals on the Diamond Princess cruise ship, appeared to show significant lung abnormalities, raising the possibility of the virus silently impacting lung function. “Although the latter infected persons reported no symptoms, some actually had subclinical changes in their lungs. When computed tomography scans for 76 of these persons were examined, 54 per cent showed lung opacities,” the researchers wrote in the study. The scientists believe that further research is needed to confirm the potential significance of this finding.

According to the scientists, longitudinal testing, which refers to repeated testing of individuals over time, would help differentiate between the two.

“Our estimate of 40 to 45 percent asymptomatic means that, if you’re unlucky enough to get infected, the probability is almost a flip of a coin on whether you’re going to have symptoms,” Oran said. “So to protect others, we think that wearing a mask makes a lot of sense,” he concluded.