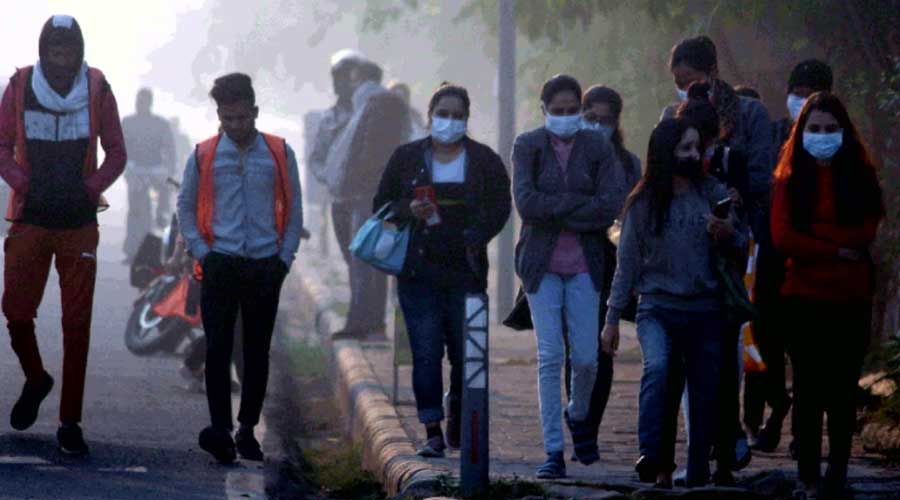 Delhi’s minimum temperature dropped to 6.9 degrees Celsius on Sunday, the lowest in the month of November since 2003, as a cold wave swept parts of the city.

The national capital had recorded a minimum of 7.5 degrees Celsius on Friday, the lowest in the month in 14 years, according to the India Meteorological Department.

The mercury dropped to 6.1 degrees Celsius at the Palam weather station, he said.

For the plains, the IMD declares a cold wave when the minimum temperature is 10 degrees Celsius or below and is 4.5 notches less than normal for two consecutive days.

However, for small areas such as Delhi, a cold wave can be declared if the criteria is fulfilled even for a day, Srivastava said.

The all-time record for the lowest minimum temperature in November is 3.9 degrees Celsius recorded on November 28, 1938.

Srivastava said icy cold winds blowing from snow-laden western Himalayas have led to a dip in the mercury.

However, the minimum temperature will rise by two to three degrees Celsius in the next four to five days under the influence of a fresh Western Disturbance.

The minimum temperature this month, barring on November 16, has remained 2-3 degree Celsius below normal in the absence of a cloud cover, according to IMD officials.

Clouds trap some of the outgoing infrared radiation and radiate it back downward, warming the ground.

The month of October was the coldest in 58 years in the national capital.

COVID-19 fallout: US President Donald Trump announces termination of relationship with WHO | 5 points