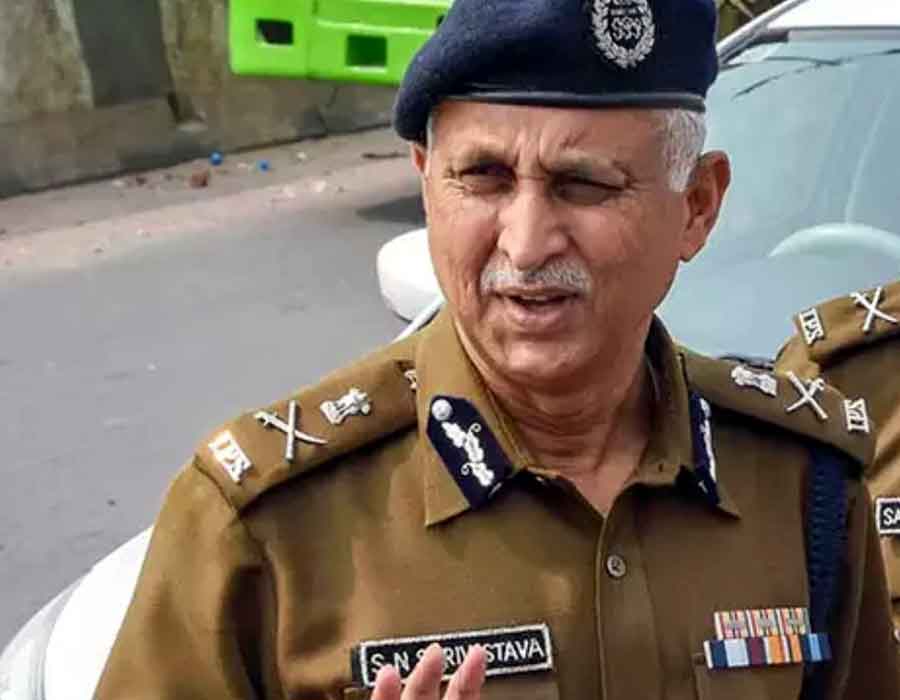 Not a single foreign Tablighi Jamaat member should leave India without informing the investigative team, Commissioner of Delhi Police S.N. Shrivastava issued directions to his unit heads associated with a case filed against the religious group.

A total 1,306 foreign nationals were Tablighi Jamaat participants, out of which 250 were found in Delhi.

The foreigners, who have been quarantined and are associated with Markaz, “should not be allowed to leave” without notifying the probing team, Shrivastava issued direction during a meeting with the senior IPS officers heading various units of Delhi Police last week.

He also has told the Crime Branch unit head Praveer Ranjan to ensure to seize travel documents and other evidences of the foreigners associated with Markaz. Deputy Commissioner of Police Joy Tirkey of Crime Branch is probing the incident.

Both Ranjan and Tirkey were unavailable for comments.

Shrivastava, a 1985-batch IPS officer who also had headed anti-terror unit in Delhi Police five years ago, also roped in Cyber Unit of Special Cell to help Crime Branch to gather evidence in the case and help in the investigation.

It has been found that 1,306 foreign Tablighi Jamaat activists, including those from the US, France and Italy, who took part at a congregation in Delhi’s Nizamuddin, have been identified in different parts of the country and most of them have been put in quarantine.

A total of around 9,000 people, including the 1,306 foreign nationals, had participated at the March congregation of the Tablighi Jamaat, a Sunni organization. The congregation had sparked off a nationwide search for its attendees with reports emerging from various states of new clusters of coronavirus-affected people linked to the event.

On April 2, under the directions of Union Home Minister Amit Shah, the Ministry of Home Affairs (MHA) had blacklisted 960 foreigners, present in India on tourist visas, for their involvement in Tablighi Jamaat activities.

The MHA had also directed Director Generals of Police all concerned states and union territories and Commissioner of Police, Delhi Police to take necessary legal action against all such violators, on priority, under relevant sections of the Foreigners Act, 1946 and Disaster Management Act, 2005.

These directions were issued after the Delhi Police had registered a case against seven people, including Tablighi Jamaat Markaz chief Mohammad Saad, under stringent sections for culpable homicide not amounting to murder. They have also been booked for violation of Epidemic Act and Disaster Management Act on March 31. The case is registered under various sections of Epidemic Act and Disaster Management Act and Indian Penal Code.

Saad, the organizer of religious event wherein thousands of people from India and 41 foreign countries gathered amid the COIVD-19 outbreak is still to be questioned as he was in self quarantine.