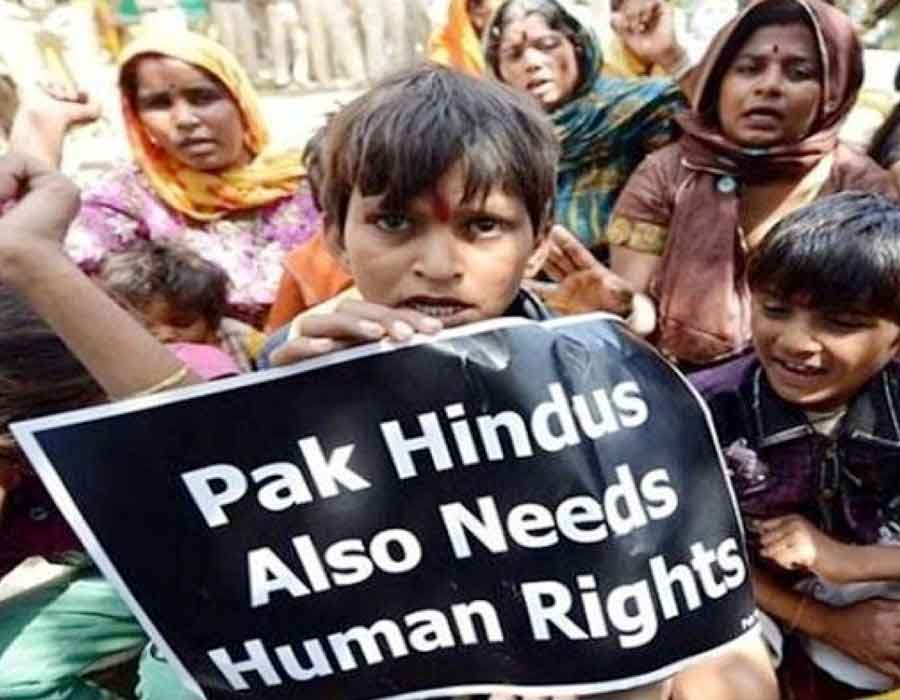 Alleging that Hindus in Pakistan are facing religious discrimination during COVID-19 outbreak, the Vishwa Hindu Parishad (VHP) on Thursday urged the United Nations Human Rights Commission (UNHRC) to intervene and protect the rights of the Hindu minorities in Pakistan.

The VHP further charged that the Hindus of Pakistan, who are “battling for food” amid the outbreak of COVID-19, are being pressurised to convert to Islam in exchange of food.

“Collective efforts on a war footing are being made by all countries to defeat the fatal infection. But even in such terrible circumstances, religious discrimination is happening to the minority Hindus in Pakistan. Hindus are not only being deprived of the basic needs of life like food and health, but also being put under unfair and inhuman pressure to convert to Islam in exchange of food,” VHP Secretary-General Milind Parande said.

Seeking immediate intervention by the UNHRC, Milind Parande said, “There are reports that by taking undue advantage of horrific conditions, the pressure is being built on Hindus to convert to Islam in exchange for food. If this is not a serious violation of their human rights, then what else is?”

The VHP has also reached out to the Ministry of External Affairs (MEA) requesting the government to put “diplomatic pressure” on Pakistan to protect the minority Hindus.