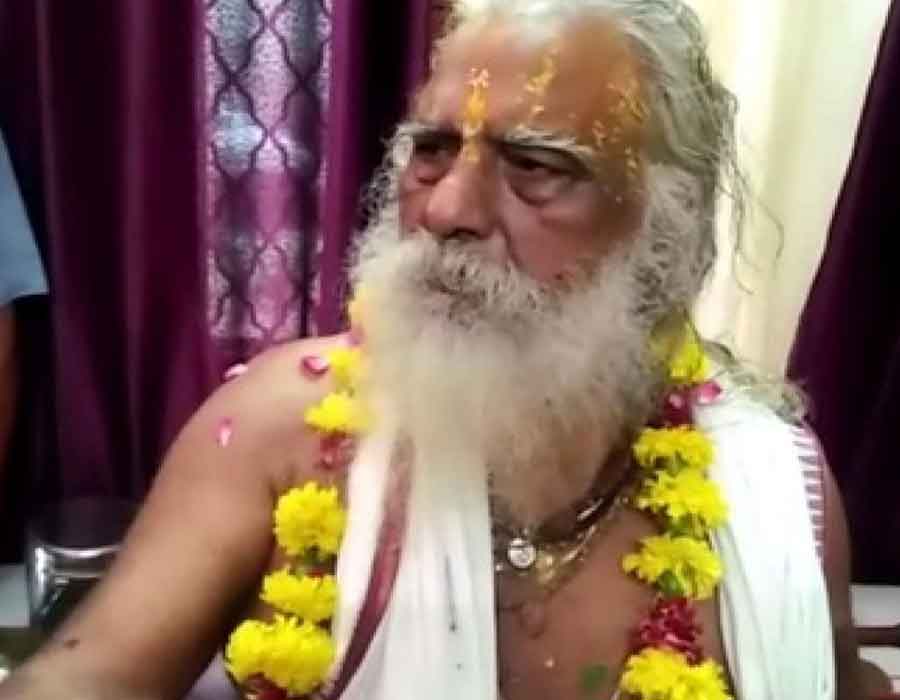 Chairman of Shri Ram Janmabhoomi Teerath Kshetra Trust Nritya Gopal Das has claimed that more land will be acquired for the construction of the Ram temple in Ayodhya if required, news agency IANS reported.

Das’s comments came a day after he was named the chairman of the Shri Ram Janmabhoomi Teerath Kshetra Trust.

The temple trust chairman further added that the next meeting of the trust will deliberate on the model and design of the temple which is likely to be the same as proposed by the Vishwa Hindu Parishad (VHP) and then other work will be taken up.

About 70 per cent work of the temple construction has been completed. The next meeting will be held after Holi in consultation with Nripendra Mishra, former principal secretary to Prime Minister Narendra Modi, who has been chosen chairman of the Ram Temple Complex Development Committee.

Nritya Gopal Das said the cost of the temple construction will be met from donations only and no government help will be sought.

“If there is a need, we will acquire more land for temple construction. We will write to UP government if required,” he said.

Das brushed aside the objection of some seers who raised questions about the composition of the trust. He said when the temple will be constructed, the entire Hindu society will feel proud of it.

On the question of objection to the trust by NCP chief Sharad Pawar, Das said, “Sharad Pawar can help Muslims build a mosque if he wants. Here we are working for the construction of Ram temple only. We don’t bother about him.”