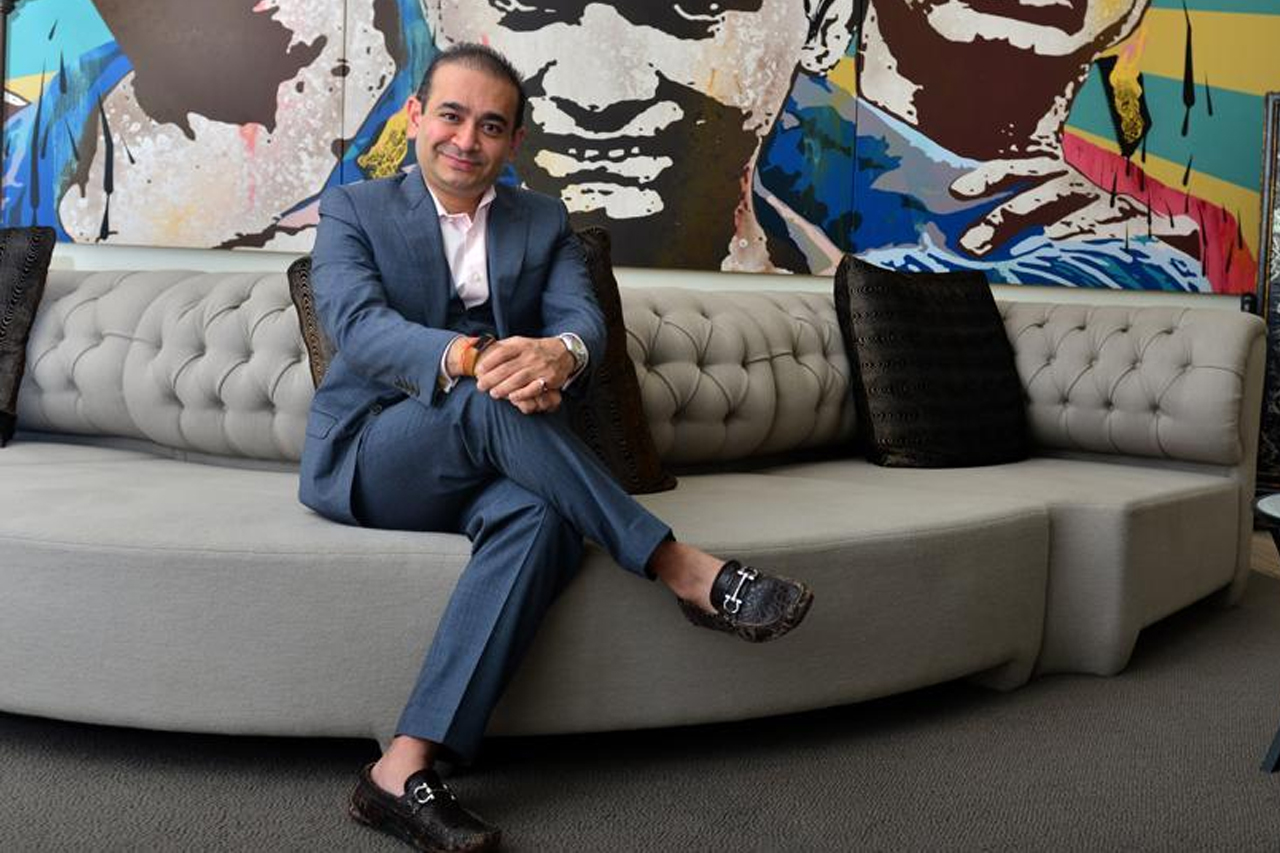 Diamantaire Nirav Modi, who is wanted in a multi-crore bank fraud, is living in a swanky Rs 75-crore flat in a posh London locality. File Photo

Nirav Modi, the Indian diamantaire wanted in a multi-crore bank fraud, is living in a swanky Rs 75-crore flat in a posh London locality and has a flourishing new diamond business, a UK daily reported on Saturday.

The rent of the flat is understood to be around 17,000 British Pound a month, which is approximately over Rs 15 lakh, the daily stated.

The Interpol had issued a red corner notice against Nirav Modi last July on the request of the Enforcement Directorate (ED) and the Central Bureau of Investigation (CBI).

The report also claimed the fugitive diamantaire is involved in a new diamond business, run from an office in Soho, just a few hundred yards from his new apartment, which was incorporated last May.

However, Nirav Modi is not listed as a director at Companies House.

The news report claimed Nirav Modi has acquired a National Insurance number, issued by the Department for Work and Pensions, and has been able to operate online bank accounts in the UK while wanted by Indian authorities.

Earlier, a video released by The Telegraph showed Modi walking the London streets. He sported a new look — handle bar moustache and long hair — and is seen avoiding questions posed to him, replying “no comments”.

Earlier in the day, the Enforcement Directorate officials said the UK Home Secretary has referred India’s request to extradite Nirav Modi to a court for initiating legal proceedings.

“The UK Central Authority of Home Office has confirmed the extradition request has been sent to the Westminster Magistrate Court for further proceedings,” said an official. The request to the court was forwarded by the UK Home Office a few days ago, the ED official added.

The request for the extradition was sent to the UK authorities in July 2018.

On February 26, the ED attached Rs 147 crore properties of Modi and his associate companies in connection with the PNB probe.

Modi and his uncle Mehul Choksi are under the CBI and the ED probe. The ED filed money laundering cases against them and others on February 15 on the basis of an FIR registered by the CBI.

The ED had on May 24 and May 26, 2018 filed charge sheets against the two and a court had issued non-bailable warrants against them.

Both left India in the first week of January 2018, weeks before the scam was reported to the CBI. The ED has till date attached Rs 4,765 crore properties of Choksi and Modi.